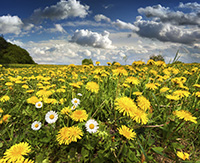 The CAREX Canada team monitors evaluations by the International Agency for Research on Cancer (IARC) as part of our ongoing surveillance of Canadians’ exposures to known and suspected carcinogens. IARC recently convened a working group of 17 experts from 11 countries to assess the carcinogenicity of five organophosphate pesticides: glyphosate, malathion, diazinon, tetrachlorvinphos, and parathion.

IARC evaluated these pesticides given that substantial new data was available. The detailed assessments will be published as Volume 112 of the IARC Monographs. A summary of the results of the evaluation is published online in The Lancet Oncology. Many of the exposure studies used to inform the evaluation were agricultural; these studies were published after 2001 and performed in the USA, Canada, and Sweden. The classifications are summarized as follows: 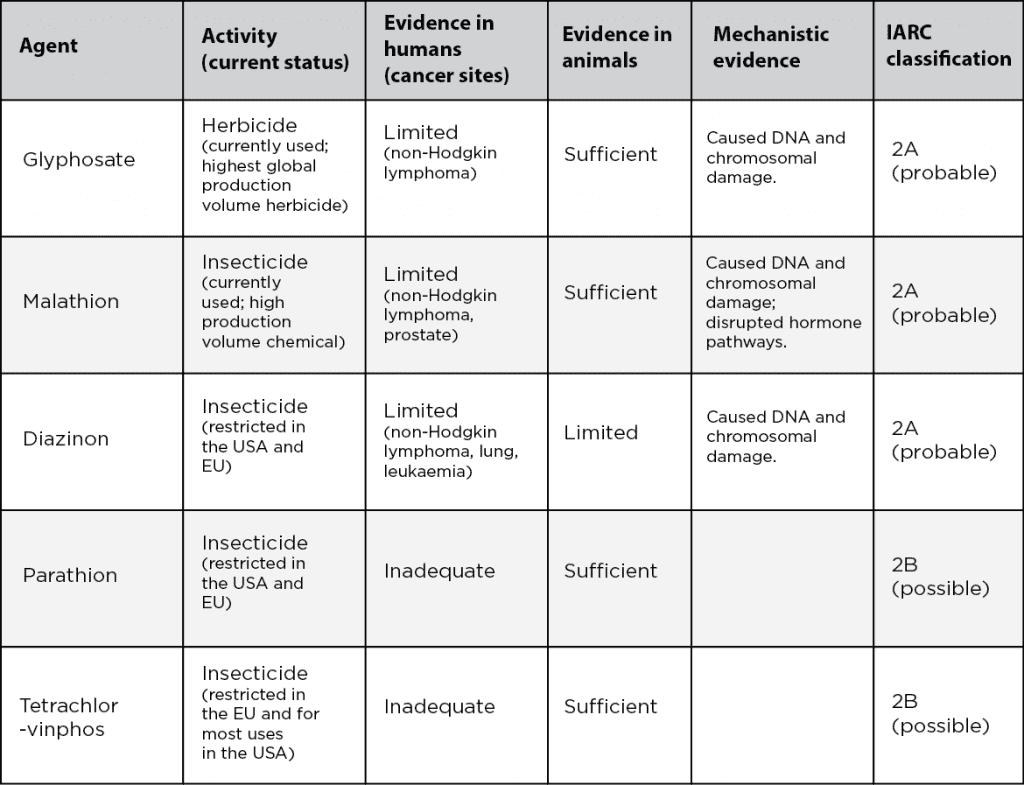 Globally, glyphosate is currently the most highly produced herbicide. Sales data from the Pest Management Regulatory Agency (PMRA) of Health Canada show that by weight, glyphosate is by far the most widely sold pesticide in the country. It is most widely used in agriculture, but also in forestry, urban, and home applications. According to IARC, glyphosate has been detected in the air during spraying, in water, and in food. They note that the general population is exposed primarily through residence near sprayed areas, home use, and diet, and consider the level of exposure as generally low.

Malathion is produced in substantial volumes throughout the world and is currently used in agriculture, public health, and residential insect control. Workers may be exposed while using and producing malathion. IARC considers exposure to the general population as low, occurring primarily with residence near sprayed areas, home use, and diet. Diazinon is produced in lower volumes, particularly after restrictions were put in place in the United States and European Union in 2006. Diazinon is used in agriculture and for control of home and garden insects.

The full IARC monograph for glyphosate is available here. The CAREX team has developed profiles for glyphosate, malathion, and diazinon, and is currently developing an approach to estimating Canadians’ exposure to these chemicals in workplace and community environments. Profiles for other pesticides classified by IARC as Group 2B possible carcinogens can be found under our Profiles and estimates tab by filtering for pesticides; they include: 2,4-D, chlorothalonil, dichlorvos, lindane, and others.