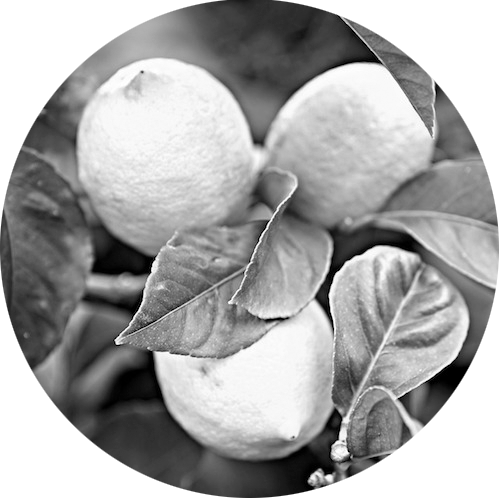 Chlorothalonil is a colourless and odourless white crystalline solid that is soluble in water. It is used as a fungicide for vegetable, fruit, field, and ornamental crops, as well as lawns and turfs.[1] It may also be referred to as Daconil, Bravo, or 1,3-dicyanotetrachlorobenzene.[1] There are numerous other synonyms and product names; see the Hazardous Substances Data Bank (HSDB) for more information.[1]

Chlorothalonil has been classified by the International Agency for Research on Cancer (IARC) as Group 2B, possibly carcinogenic to humans due to evidence of kidney and stomach carcinogenicity in rats and mice.[2] At the time, no studies examining the carcinogenic effects of chlorothalonil in humans were available. Since then, there have been limited number of studies investigating the relationship between exposure and cancer in humans.[3] Additionally, chlorothalonil can irritate the skin and cause contact dermatitis.[4] It may also irritate the mucous membranes of the eye and respiratory tract.[1]

No occupational exposure limits for chlorothalonil in Canada or any other international bodies were located. Nunavut and Saskatchewan list chlorothalonil as a designated substance.[5,6]

Chlorothalonil was not included in other Canadian government guidelines, standards, or chemical listings reviewed.

Chlorothalonil has been produced for commercial use since 1969.[2] It is used as an agricultural and horticultural fungicide, bactericide, and nematocide.[2] As a broad spectrum, non-systemic pesticide, it controls fungal diseases in the foliage of vegetable, field, and ornamental crops.[1] It is typically used on: citrus fruits, currants, berries, bananas, tomatoes, green vegetables, coffee, peanuts, potatoes, onions, and cereals.[4]

Chlorothalonil may also be used as: a preservative in paints, adhesives, and wood; an anti-mold and anti-mildew agent; and a microbiocide, algaecide, insecticide, and arachnicide.[1,2]

There are 36 products listed with chlorothalonil as an active ingredient registered with the Canadian Pest Management Regulatory Agency (PMRA).[11] Of these, none are registered for domestic use.[11] Some of the trade names chlorothalonil is sold under include Bravo 500®, Daconil®, and Tuffcide®.[11]

The BC, Ontario, and Alberta pesticide surveys report the amount of chlorothalonil used or sold in their respective provinces:

The general population is exposed to chlorothalonil through their diet (residues on foods or drinking water), direct skin contact, or inhalation as a result of application. [15,16]

CAREX Canada has developed several estimates of exposure to chlorothalonil, including maps of agricultural chlorothalonil use and the number of people potentially exposed in nearby residential areas (circa 2016). We also offer lifetime excess cancer risk (LECR) estimates (circa 2011), which are distinct from the potential exposure estimates.

CAREX Canada estimates that over 1.5 million people in Canada live in areas where the potential for exposure to chlorothalonil is higher than other areas in Canada, which amounts to about 5% of the Canadian population. Since people residing near agricultural land may have higher pesticide exposures than those who live in non-agricultural areas due to the geographical proximity to areas with high pesticide usage, these estimates focus on community exposure related to agricultural pesticide use.[17,18] In addition, data availability for other routes of exposure (e.g. diet, domestic application) are limited. As expected, exposure varies based on agricultural activity and the types of crops grown. Potential for exposure to chlorothalonil is much higher in areas where root crops such as potatoes, or fruits were more commonly grown. Southern British Columbia, Prince Edward Island, Saskatchewan, and Southern Quebec all have higher potential for exposure to chlorothalonil than other areas of the country.

The LECR estimates show that average exposure to chlorothalonil in outdoor air does not result in an increased risk of cancer (moderate to very low data quality). However, risks related to above average exposure are unknown.

Chlorothalonil is strongly adsorbed to suspended matter in water and may biodegrade. It is rapidly degraded in soil and does not bioaccumulate in mammals.[4] The amount of chlorothalonil residue on foods depends on application rate, time interval between application and harvest, and type of crop.[4] CAREX Canada estimates that chlorothalonil in foods and beverages does not result in an increased risk of cancer (very low data quality).

The Canadian Food Inspection Agency (CFIA) monitors the Canadian food supply for chemical residues and contaminants in order to ensure they are compliant with maximum residue limits (MRLs) and other tolerances established by Health Canada. Between 2015-2016, the CFIA sampled 1,690 samples of domestic fresh fruit and vegetables as part of the National Chemical Residue Monitoring Program. Of the 1,690 samples, there were 5 violations of the MRLs, which corresponds to a compliance rate of 99.7%.[19] Risk of exposure via ingestion can be decreased through preparation activities such as washing, peeling, and cooking foods.[4]

Inhalation and dermal absorption are the most important routes of exposure in occupational settings.[4]

CAREX Canada estimates that between 9,000 and 14,000 Canadian workers are exposed to chlorothalonil in the agricultural sector. The majority of pesticides sold in Canada are used in agricultural (70% of active ingredients sold, by weight). For this reason, these exposure estimates focus on workers in the agricultural industry. Exposure among these workers occurs during the mixing, loading, and application of chlorothalonil, but many more may be exposed during other, farm-related activities through contact with treated crops. Farm types with the largest number of exposed workers are fruit and tree nut farming, crop production, and greenhouse, nursery, and floriculture production.

For more information, see the occupational exposure estimate for chlorothalonil.

Workers in other industries may be at risk of exposure to chlorothalonil. Workers involved in manufacturing or distribution facilities can be exposed via contaminated air or dermal contact.[4]  Chlorothalonil is used in forestry, creating the potential for worker exposure in that industry. Workers in contact with treated wood, such as wood processors and cabinet manufacturers.[4]