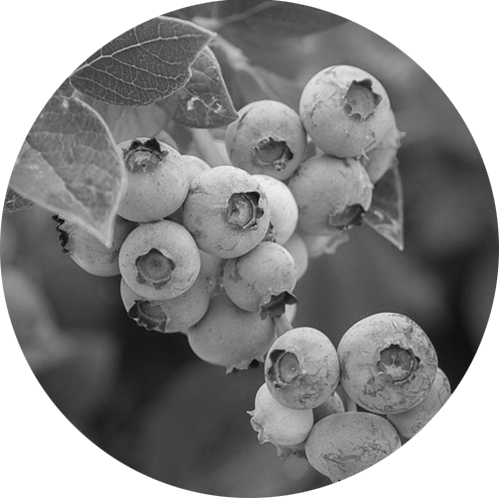 Diazinon is an organophosphate pesticide used as an insecticide, acaricide (for ticks and mites), and nematicide (for nematodes or roundworms).[1] Depending on purity, it may be a colourless oil to an amber or brown liquid. Diazinon’s chemical name is O,O-diethyl O-2-isopropyl-6-methylpyrimidin-4-yl phosphorothioate, and it is sold under trade names such as Diazol®, Protector Ear Tags®, and Diazol Oil®.[1,2] As of 2016, there are nine products containing diazinon as an active ingredient registered with the Canadian Pest Management Regulatory Agency (PMRA), none of which are registered for domestic use.[2]

The International Agency for Research on Cancer (IARC) reclassified diazinon as Group 2A, probably carcinogenic to humans, in its 2015 assessment of the carcinogenicity of five organophosphate pesticides.[3] IARC’s review looked at studies of agricultural exposures in the USA and Canada, which found limited evidence of carcinogenicity in humans for lung cancer and non-Hodgkin lymphoma.[4,5,6] There was also limited evidence that diazinon causes cancer in animals, but convincing mechanistic evidence that it can induce DNA or chromosomal damage in animal and cell culture studies.

Diazinon exposure in humans can lead to a variety of symptoms and effects, depending on the degree of exposure.[7] It typically affects the nervous system, causing symptoms such as headache, dizziness, anxiety, eye pupil constriction, and in extreme cases, difficulty breathing, coma, or death.[8]

Diazinon was not included in other Canadian government guidelines, standards, or chemical listings reviewed.

Several provincial, territorial, and municipal governments have passed laws to reduce the risk of pesticide products to human health and the environment. These may include restrictions on sales, production, or trade.[34,35] Although several provinces and one territory have implemented some form of cosmetic pesticide policy (QC, 2003; NB, 2009; ON, 2009; AB, 2010; PEI, 2010; NS, 2010; NL, 2012; YK 1994), only the Ontario and Nova Scotia legislation is considered strong enough to significantly reduce cosmetic pesticide exposure.[25] For example, Ontario’s Cosmetic Pesticide Ban Act, which has the most comprehensive restrictions on lawn and garden pesticides in North America, prohibits the cosmetic use of over 250 pesticide products and over 95 pesticide ingredients, including diazinon.[36]

Diazinon is an organophosphate pesticide used as an insecticide, acaricide (for ticks and mites), and nematicide (for nematodes or roundworms).[1] Diazinon is non-systemic, which means it must come into direct contact with the target species and does not circulate within the plant. It may be applied as dust, granules, spray, seed dressing, and within impregnated materials.[1] Diazinon is primarily used in the agricultural sector and on livestock, although its use is being reduced in Canada.[37] Diazinon is not available for domestic use in Canada.[2]

Historically, diazinon was widely used in Canada across a range of settings, such as for lawn, turf, and home gardens; however, concerns regarding its toxicity led to phase-out programs in North America beginning in 2004.[8,38] Diazinon has been banned for use in the United States on golf courses and sod farms since 1988, after decimating congregating bird flocks.[7]

Diazinon is used in the agricultural sector.[37] Diazinon is currently applied in Canada for selected insect control on berries, fruits, nuts, ground crops, cereals, tobacco, livestock, and Christmas trees. Several applications were recently subjected to a phase-out period according to a PMRA re-evaluation in 2013. For critical uses of diazinon, where no alternative products were identified, longer-term phase-outs were implemented to allow transition strategies and alternative risk management tools to be developed. The phase-out included ceasing the use of diazinon for fruit trees (including apricot, peach, plum) by December 2013, and for Christmas trees, several berries (strawberries, raspberries, loganberry, gooseberry), root vegetables (carrots, radish, turnip, rutabaga), fruit trees (apple, pear), and tobacco by December 2016. The PMRA stated that using diazinon for soil drenching and for ear tag applications remains acceptable. Soil drenching is an application method where a mixture of pesticide and water is applied directly to the base of an infected tree. Ear tags are often used to control fleas and ticks in livestock.[1]

TradeMap lists diazinion export and import data; however, reporting for pesticides is not standardized and the data is incomplete.[46]

Food is considered the primary source of human exposure to diazinon, although food residue levels tend to be low.[8] Pesticide residues, including diazinon, are monitored by the Canadian Food Inspection Agency (CFIA) under the National Chemical Residue Monitoring Program (NCRMP).[47] To a lesser extent, people may be exposed when diazinon is applied agriculturally nearby or in urban areas (lawns and gardens). This would occur through touching recently sprayed plants or from drinking contaminated waters.[8] An individual may be exposed through inhalation, skin contact, or ingestion.

Diazinon may enter the environment from agricultural applications, where it can be present in the soil, air, surface waters, and plant surfaces. It may be present in the air as either a vapour or a particulate. Diazinon breaks down relatively quickly in the environment with a half-life ranging from an hour to two weeks, depending on local conditions.[8,48] Diazinon is metabolized in animals that may come into contact with it, and it does not bioaccumulate or biomagnify.[8]

Workers may be exposed to diazinon through inhalation, ingestion, or dermal absorption.[8]

Agricultural workers (such as farmers, farm managers, and labourers) who apply this pesticide, along with those who manufacture it, are the most likely to be exposed at work.[3,8] Para-occupational exposure to this pesticide is also possible in children and family members of those who apply and use diazinon.[49] The potential for occupational exposure is expected to decrease substantially when the PMRA phase-out period ends in December 2016 since diazinon will no longer be available to apply by air-blast, spray, dusts, or granules. Only ear tag and soil drenching will be acceptable.[37]

CAREX Canada has not prioritized diazinon for exposure estimate development. This is because a lack of exposure data precluded it in the past. However, the team is investigating new sources of data and methods in order to potentially address this exposure in the future.