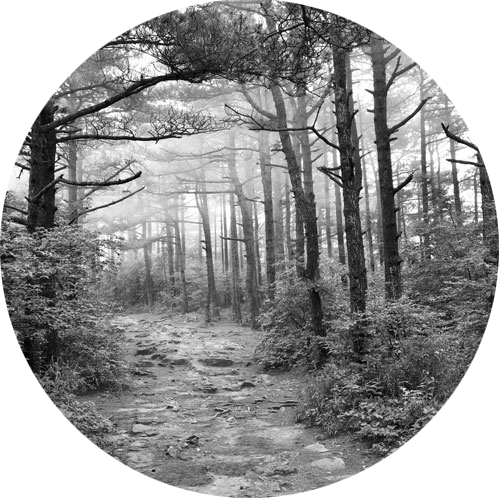 2,4-dichlorophenoxyacetic acid (2,4-D) is a colourless or white crystalline powder.[1] It is used as an herbicide, defoliant, and regulator of plant growth.[2] As an herbicide, 2,4-D controls broadleaf weeds and is used in a variety of settings.[3] 2,4-D is often formulated with other herbicides, including dicamba, mecoprop, mecoprop-p, MCPA, and clopyralid.[4]

2,4-D is an acid and is sold commercially in the form of a salt, amine, or ester. These chemical forms have slightly different properties and consequently behave differently in the environment.[5] The ester form is the most commonly used form in Canada.[6] Commercial names for products containing 2,4-D include Weedex®, Tektamer®, and Killex®.[7] Many other synonyms and product names exist; see the Hazardous Substances Data Bank (HSBD) for more information.[5]

Many concerns exist about the carcinogenicity of 2,4-D due to the mutagenic and teratogenic effects of Agent Orange, an herbicide used during the Vietnam War that contains 2,4-D. These effects have since been attributed to the presence of the contaminant 2,3,7,8-tetrachlorodibenzo-p-dioxin (2,3,7,8-TCDD).[8] In its recent assessment of carcinogenicity, the International Agency for Research on Cancer (IARC) classified 2,4-D as Group 2B, possibly carcinogenic to humans.[9] There was inadequate evidence of carcinogenicity in humans for non-Hodgkin lymphoma in the meta-analysis of 11 studies. There was limited evidence that 2,4-D can cause cancer in laboratory animals. Lastly, there was strong evidence of 2,4-D’s ability to induce oxidative stress, and moderate evidence of its ability to suppress the immune system.[9]

2,4-D was not included in other Canadian government environmental guidelines reviewed.[37,38,39,40]

Several Provincial, Territorial, and Municipal governments have passed laws to reduce risk to human health and the environment from pesticide products, including 2,4-D. These laws may include a restriction on sales, production, or trade.[42,43] Although seven provinces and one territory have implemented some form of cosmetic pesticide policy (QC, 2003; NB, 2009; ON, 2009; AB, 2010; PEI, 2010; NS, 2010; NL, 2012; YK 1994), only the Ontario and Nova Scotia legislation is considered strong enough to significantly reduce cosmetic pesticide exposure.[43] Ontario’s Cosmetic Pesticide Ban Act, the most comprehensive restrictions on lawn and garden pesticides in North America, prohibits the use of over 250 pesticide products and over 95 pesticide ingredients, including 2,4-D, for cosmetic use.[44]

2,4-D was developed and introduced in 1946 as the first successful selective herbicide able to control weeds without damaging the crop.[45] It is a systemic herbicide used to control annual and perennial broad-leaved weeds, weedy trees and brush, and aquatic weeds after they emerge. 2,4-D is essential to managing weeds that are resistant to other pesticides.[46]

In Canada, 2,4-D is the fourth most widely used pesticide,[47] the most commonly used pesticide in the non-agricultural sector, and one of the top ten most commonly used pesticides in the agricultural sector.[4] It is used on fine turf, aquaculture (oyster farms), aquatic non-food sites, forests and woodlots (for conifer release and forest site preparation), terrestrial feed and feed crops, and industrial non-food sites (non-cropland).[46] The use of 2,4-D in aquatic and domestic settings has been restricted.[48]

Examples of 2,4-D use in Canada include:

There are 78 products containing 2,4-D as an active ingredient registered with the Canadian Pest Management Regulatory Agency (PMRA), of which 23 are registered for domestic use.[45]

There is no domestic production of 2,4-D in Canada.[49] Instead, parent companies in foreign countries sell active ingredients or refined products to Canadian distributors to refine and/or sell at the retail level.[50] Import data specific to 2,4-D is not available in TradeMap after 2006 due to a change in coding systems.[51]

The general population is exposed to 2,4-D by ingesting residues in food products or water, inhaling the product during application or drift, and directly contacting dust.[56,57,58] People residing near agricultural land may have higher pesticide exposures than those living in non-agricultural areas due to the geographical proximity to areas of high pesticide use.[59,60]

CAREX Canada estimates that over 2 million people in Canada live in areas where the potential for exposure to 2,4-D is higher than other areas in the country, which amounts to about 6% of the Canadian population. As expected, exposure varies based on agricultural activity and the types of crops grown. Potential exposure to 2,4-D is much higher in areas where cereal crops, potatoes, and fruit are more commonly grown due to the higher application rates for these crops. The prairie provinces (Alberta, Saskatchewan, Manitoba), Prince Edward Island and Southern Quebec all had higher potential for exposure to 2,4-D than other areas. These estimates primarily consider exposure through inhalation, which is a more immediate form of exposure, but pesticides can also seep into ground water and soil and lead to subsequent exposure. The CAREX Canada estimates do not account for dietary ingestion, which is a major route of pesticide exposure, especially for young children.[61]

In addition to those living near agricultural areas, the spouses and children of pesticide applicators are more likely to be exposed (termed para-occupational exposure) compared to the general population.[62] This is because 2,4-D may be brought into homes on the bottom of shoes, increasing potential for exposure especially in young children through dermal means and hand to mouth transfer.[63] This is an important exposure route for young children because they spend the majority of their time indoors, and because 2,4-D persists longer indoors than outdoors.[63] In children younger than 3 years of age, non-dietary exposure to 2,4-D accounted for 15% of total exposure.[64]

In the Canadian prairies, 2,4-D is the most frequently detected herbicide in rainfall; it is present in up to 93% of samples collected.[65] 2,4-D may enter the atmosphere when it volatilizes during and after spray applications, when drops of 2,4-D are transported by wind currents after spraying, and when 2,4-D adheres to dust and is incorporated in clouds during the cloud forming process.[66]

In occupational settings, 2,4-D can be absorbed via inhalation, oral, and dermal routes. Skin absorption, however, is the dominant source of occupational exposure, accounting for more than 90% of the total amount entering the body.[67]

CAREX Canada estimates that between 30,000 and 43,000 Canadian workers are exposed to 2,4-D in the agricultural sector. Exposure among these workers occurs during the mixing, loading, and application of 2,4-D, but many more may be exposed during other, farm-related activities through dermal contact with treated crops. Farm types with the largest number of exposed workers are other grain farming, dairy cattle and milk production (where 2,4-D is applied on crops that are grown to feed livestock), and fruit farming.

For more information, see the occupational exposure estimate for 2,4-D.

Workers in industries other than agriculture, including forestry, public utilities, and landscaping, may be at risk of exposure to 2,4-D.[68]