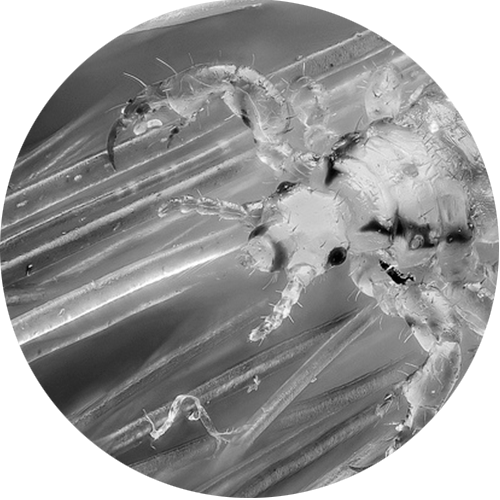 Lindane is the common name for gamma-hexachlorocyclohexane (γ-HCH). Lindane is a persistent organic pollutant (POP) and is listed for elimination under the United Nations Environment Program (UNEP) Stockholm Convention on POPs.[1] In the past, lindane was used in agricultural settings and to treat lice in dogs.[2] Even though it is no longer used on a large scale, lindane can be found in market foods and Northern traditional foods due to long range transport and its environmental persistence.[3,4] According to Health Canada’s Drug Product Database, all uses (both veterinary and human) have been cancelled in Canada.[5]

HCH is a synthetic chemical with eight isomers (chemical forms).[6] Technical grade-HCH is a mixture of several isomers, one of which is lindane (as 10-15% of the mixture).[6,7] Lindane is a white to brown solid that dissolves in water.[8] There are numerous other synonyms and product names; see the Hazardous Substances Data Bank (HSDB) for more information.[7]

In June 2015, the International Agency for Research on Cancer (IARC) classified lindane as carcinogenic to humans (Group 1).[9] This classification was based on sufficient evidence of carcinogenicity in humans for non-Hodgkin lymphoma in both occupational and non-occupational settings. There was also sufficient evidence that lindane can cause cancer in laboratory animals, and strong evidence that lindane can suppress the immune system in humans.[9]

Acute exposures to lindane target the nervous system and can lead to hyperexcitability, seizures, convulsions, vomiting, and nausea, as well as blood disorders and changes in hormone levels in the blood.[6]

Lindane was not included in other Canadian government guidelines, standards, or chemical listings reviewed.

In the past, lindane was used as an insecticide on fruit, vegetables, forest crops, livestock, hardwood logs and lumber, and seed grains.[6,8] In Canada, lindane was primarily used on canola and corn crops.[33] As of 1999, lindane use was severely restricted, and by 2001 and 2004, use on livestock and on all remaining agricultural products, respectively, were prohibited.[33] In 2002, a topical cream containing lindane that had been marketed in Canada for dogs was removed from the Canadian market.[2]

Lindane was used solely as a second-line control measure for head lice and scabies under an exemption from the Food and Drugs Act, which expired on April 4, 2016. The phase out of lindane-based pharmaceuticals – which involves disposing of remaining stockpiles of lindane and products containing it in an environmentally sound way – should be ongoing or nearly complete.[34]

Lindane has not been produced or manufactured in Canada since 1972.[3]

Up until 2001, an estimated 500 metric tons of pesticide products containing lindane were exported annually by the United States (primarily to Canada).[6] However, in January 2005, lindane was de-registered for use in agricultural pest control, after which the import and sale of lindane was prohibited.[34]

Lindane does not occur naturally. Although it does biodegrade, the process is slow and therefore lindane persists after being introduced to the environment through human activities.[6]

Lindane may be found in air, soil, sediments, and water.[6] It generally has low solubility in water, is volatile from soil and water, has low potential mobility in soil due to high adsorption, and has the potential to bioaccumulate.[4]

Volatilization from soil is the most important route of dissipation for lindane.[4] As a vapour in the air it attaches to dust particles, on which it can persist and travel long distances depending on the season and weather conditions.[3,6] Another major source of lindane in the air is fugitive dust particles released as wind erodes contaminated soil.[3] Contaminated particles are gradually broken down and removed by rain or other compounds found in the atmosphere.[6]

Persistent organic pollutants (POPs) including lindane were found at high concentrations in the Arctic in the 1980s. Lindane was transported to these regions through atmospheric deposition and ocean currents.[3] Fortunately, levels of lindane in the food web and air have since decreased; this trend accelerated in 2002, coinciding with increased restrictions on lindane in Canada.[36]

The general public may be exposed to lindane through dermal absorption, ingesting contaminated foods, breathing contaminated air, or being in contact with contaminated soil or water.[6] Lindane is metabolized into many other substances, including chlorophenols, some of which have toxic properties.[6]

Dermal absorption is an important route of exposure given that lindane was formerly used to treat lice and other parasites. Dermal absorption typically varies between 10-35%, although some studies measured absorption values as low as 9% and up to 100%. Absorption depends on the pesticide formulation and skin characteristics of the person exposed.[4] There is a 20-fold variation in absorption reported for children due to an increased surface area to volume ratio.[4,6]

Lindane bioaccumulates in the fat tissues of organisms.[3] Foods with the greatest potential to contain and transfer lindane therefore include milk, eggs, other dairy products, and some seafood. Pickles and raw mushrooms may also contain high concentrations of lindane.[8] Exposure can occur via lindane residues on food products or accumulation in animal tissue. Lindane has also been found in breast milk.[6]

Northern Aboriginal peoples are more likely to experience potential health effects resulting from lindane bioaccumulating in traditional foods.[4] The majority of Aboriginal households (90%) in the Northwest Territories report consuming traditional foods such as harvested wildlife and or marine mammals.[3]

CAREX Canada estimates that less than one extra cancer per million individuals occurs due to exposures through diet (including drinking water and foods and beverages), indicating that exposure through this route does not result in an increased risk of cancer (very low data quality).

Lindane releases are not reportable to the National Pollutant Release Inventory (NPRI).[37] No consumer products containing lindane were found in the US Household Products Database.[38]

For more information, see the environmental exposure estimate for lindane.

Inhalation, dermal contact and ingestion are all potential routes of occupational exposure.[8]

In the past, workers were exposed to lindane through mixing, loading, or applying the pesticide during seed treatment and when handling and planting treated seed.[4] However, since lindane use has been phased out, occupational exposures to lindane are no longer a concern in Canada.