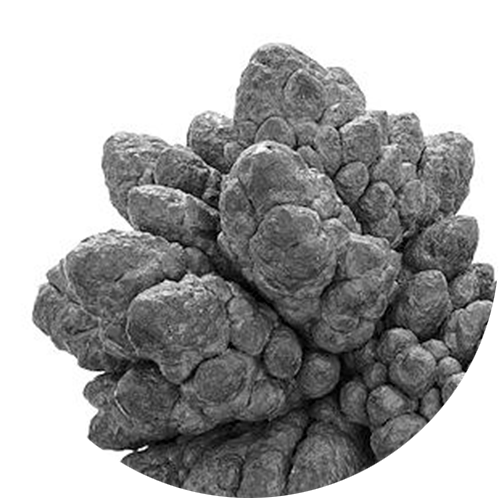 METALS – MULTIPLE CLASSIFICATIONS (IARC 2A, 2B)

Elemental lead is a soft, highly malleable, and ductile metal that is insoluble in water.[1] Lead rarely exists naturally in its pure form.[2] It is typically found in low concentrations in the earth’s crust as the mineral galena (lead sulfide).[2] Lead forms both inorganic and organic compounds with many substances, including acetate, arsenic, antimony, chlorine, oxygen, and phosphate.[3] There are numerous synonyms and product names for lead; see the Hazardous Substances Data Bank (HSDB) for more information.[3,4]

Despite the acknowledged difficulty in controlling for confounding variables, IARC’s decision to reclassify inorganic lead compounds was based on consistently observed increases in several cancers, including lung, stomach, kidney, brain, and nervous system cancer. Some of these epidemiologic studies were based on small numbers. There was also animal data suggesting a causal relationship between inorganic lead exposure and renal cancer, and fairly strong animal data for brain cancer.[3]

Other health impacts of lead exposure are well documented. They include effects on the neurological, cardiovascular, and hematological systems.[6] Reproductive effects, including miscarriage and preterm delivery in women, and decreased fertility in men are also associated with moderately high levels of lead exposure.[2]

The effect of lead is the same regardless of whether exposure occurs through inhalation or ingestion. The lead literature is unique in having a large number of studies examining outcomes in children. The developing nervous systems of children are particularly sensitive to lead and even small amounts can be hazardous prenatally and in young children.[7]

Lead and its compounds were not included in other Canadian government guidelines, standards, or chemical listings reviewed.

Lead oxide, or red lead, is the primary paint primer for iron and steel.[44]

Because it is highly dense, lead is suitable for shielding radiation. It is used for this purpose in television, video, and computer screens, as well as in storage containers for nuclear waste and in x-ray shielding aprons.[2]

Lead has been mined in every Canadian province but Alberta, Saskatchewan, and Prince Edward Island. The Sullivan mine, which operated in Kimberley, BC for nearly 100 years, closed in 2001. Two Canadian mines produced lead in concentrate form in 2015: Nyrstar NV’s Myra Falls mine in British Columbia, and Trevali Mining Corporation’s Caribou mine in New Brunswick.[43]

Environmental exposure to lead can occur through food, drinking water, air, soil, dust, and various consumer products.[2] Ingestion of lead from dust, paint chips, and soil is of concern for young children in particular.[6] The relative contribution to an individual’s exposure will depend on factors such as proximity to a point source, age of home and projects undertaken involving lead-based products.[7] CAREX Canada’s environmental estimates indicate that lead concentrations in indoor air do not result in an increased risk of cancer (low data quality). However, CAREX Canada estimates that lead concentrations in indoor dust result in an increased risk of cancer (moderate data quality).

Food has been a primary contributor of lead exposure in the past. However, since lead solder is no longer used in cans, current levels of exposure through ingesting food are generally low. Lead can enter food grown in contaminated soils, stored in containers with lead-based glazes or in leaded crystal.[2] CAREX Canada estimates that lead concentrations in food or beverages do not result in increased risk of cancer (low data quality).

Lead was phased out of paints in Canada, beginning in 1976. Some specialty coatings such as artists’ paints may still contain lead, but all lead-containing products must be labeled.[7] Renovation projects in older homes involving stripping or removing lead-containing paints, particularly using heat, can result in significant exposures.[2]

Most lead was removed from gasoline in the 1970s. Since then, levels in Canadian air have been generally lower, although smelters and refineries can be significant contributors to both outdoor air and soil levels.[7] CAREX Canada estimates that lead concentrations in outdoor air do not result in an increased risk of cancer (moderate data quality).

Lead in drinking water in Canada is generally low. However, lead levels can be higher in older homes and ones with lead solder in the piping.[7] CAREX Canada estimates that lead concentrations in drinking water do not result in an increased risk of cancer (moderate data quality).

Lead is one of the substances selected for the Canadian Health Measures Survey (CHMS), a joint project of Statistics Canada and Health Canada to establish the current level of exposure to environmental contaminants.[48] The second cycle of the survey was completed in 2011 and a second report on human biomonitoring of environmental chemicals was released in April 2013.

The biomonitoring data from the second cycle of the CHMS, which included 6,400 Canadians, found the geometric mean blood concentration for lead to be 1.2 µg/dL. This level is approximately 0.1 µg/dL lower than the average blood lead levels found during the first cycle of the CHMS (completed in 2009) and substantially lower than in 1978, when the national levels were last measured prior to the CHMS.[49] In the third cycle of the CHMS in 2012-2013, the geometric mean was 1.1 µg/L, which was again 0.1 µg/L lower than the previous measurement. Smokers were found to have significantly higher levels of lead in their blood than non-smokers.[50]

Searches of Environment Canada’s National Pollutant Release Inventory (NPRI) and the US Household Products Database yielded the following results on current potential for exposure to lead in Canada:

For more information, see the environmental exposure estimate for lead.

Inhalation is the most common route of occupational exposure, followed by ingestion.[1]

CAREX Canada estimates that approximately 273,000 Canadians are exposed to lead in their workplaces. The largest industrial groups exposed include public administration (e.g. police officers), followed by building equipment contractors, and automotive repair and maintenance. In terms of occupation, the two largest exposed groups are welders, followed by police officers. Other large occupational groups that are at higher risk to lead exposure include auto mechanics, plumbers, and steamfiiters, pipefitters, and sprinkler system installers.

For more information, see the occupational exposure estimate for lead.