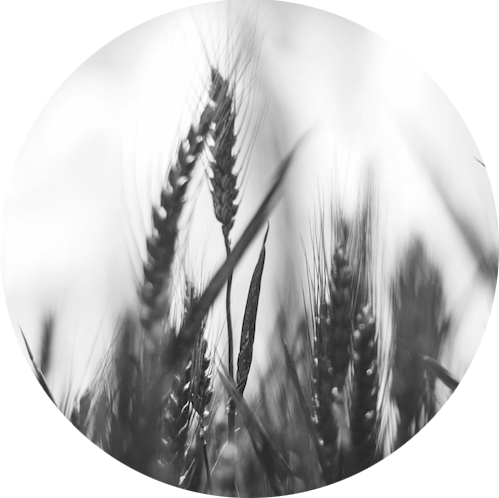 Glyphosate is a non-selective organophosphate herbicide widely used in agriculture, forestry, industrial sites (such as rail corridors or transmission lines), and aquatic environments.[1] The use of this herbicide dramatically increased when crops such as soybeans, corn, cotton, and canola were genetically engineered to resist glyphosate.[2] It is the most widely sold and applied pesticide in Canada.[3]

Glyphosate is a colourless, odourless, crystalline solid, also known as gliphosate, glyphosate hydrochloride, or N-(phosphonomethyl)glycine.[2] Glyphosate formulations are typically prepared with the isopropylamine salt of glyphosate, a surfactant (to help it penetrate plants), and other chemicals.[4] As of 2016, there are 194 products listed with glyphosate as an active ingredient registered with the Canadian Pest Management Regulatory Agency (PMRA).[5] Of these, 39 are registered for domestic use. The trade names that glyphosate is sold under include: Round-Up®, Rodeo®, Xtreme®, ByeBye Weed®, TotalEx®, Wipe Out®.[5]

The International Agency for Research on Cancer (IARC) classified glyphosate as probably carcinogenic to humans (Group 2A) in its 2015 assessment of the carcinogenicity of five organophosphate pesticides.[6] There was limited evidence of carcinogenicity in humans for non-Hodgkin lymphoma, which came from a number of studies published since 2001. There was sufficient evidence that glyphosate can cause cancer in laboratory animals. IARC also evaluated mechanistic studies and cited evidence of genotoxicity and oxidative stress associated with glyphosate exposure.[6] In response to this new classification, Health Canada has proposed additional labeling protocols for products containing glyphosate.[7] Monsanto, the leading producer of glyphosate herbicide products, has publicly disagreed with this new classification.[8] Overall, the carcinogenicity of glyphosate is an area of ongoing assessment and debate; a number of hazard or risk assessments are currently underway or were recently completed by regulatory bodies, including the European Food Safety Authority (EFSA) and US EPA.[9,10]

Glyphosate was not included in other Canadian government guidelines, standards, or chemical listings reviewed.

Several provincial, territorial, and municipal governments have passed laws to reduce the risks that pesticide products pose to human health and the environment. In the case of glyphosate, this includes restrictions on sales, production, or trade.[35,36] Although several provinces and one territory have implemented some form of cosmetic pesticide policy (QC, 2003; NB, 2009; ON, 2009; AB, 2010; PEI, 2010; NS, 2010; NL, 2012; YK 1994), only the Ontario and Nova Scotia legislation is considered strong enough to significantly reduce cosmetic pesticide exposure.[36] For example, Ontario’s Cosmetic Pesticide Ban Act, which has the most comprehensive restrictions on lawn and garden pesticides in North America, prohibits the use of over 250 pesticide products and over 95 pesticide ingredients, including glyphosate, for cosmetic use.[37]

The herbicidal activity of glyphosate was discovered in 1970, first commercialized by Monsanto in 1974, and registered for use in Canada in 1976.[27] It is currently one of the most widely used herbicides in Canada for agricultural, domestic, forestry, and commercial applications.[5] A number of plants have been genetically engineered to be unaffected by glyphosate, including soybeans, corn, cotton, and canola.[38] Glyphosate is widely used in the agricultural sector in Canada[3], but also within forestry, industrial weed control, lawn and gardens, and aquatic environments.[1]

Since the PMRA began tracking the sales of pesticides in Canada in 2006, the use of glyphosate has consistently increased. This is primarily due to the increased use of glyphosate-tolerant crops, zero tillage practices (in which the crop is sown directly into soil that has not been tilled since the harvest of the previous crop, to minimize erosion and maximize soil biodiversity), expanded acreage of glyphosate-tolerant corn and canola, and blueberry production.[3,39] Given that glyphosate application is widespread and it is solely used for weed control, weed-resistance is increasingly becoming an issue in many countries.[40] Giant ragweed is one example of a glyphosate-resistant weed, which was first documented in Canada in 2009.[41]

Examples of glyphosate use in Canada include:[42]

​According to the Reporting Regulations for Pest Control Products Sales Information that came into force in November 2006, all pesticides sold and used in Canada must be registered with Health Canada’s Pest Management Regulatory Agency (PMRA).[43]

The PMRA conducted a re-evaluation of glyphosate in 2015, and granted continued registration of glyphosate-containing products, with updates to product labels to provide additional guidance on safe use for human health and the environment.[44]

Since 2007, glyphosate has consistently had the highest sales volume of all pesticides sold in Canada, with over 25,000,000 kg of active ingredients (kg a.i.) sold per year.[3,45] In 2017, over 50,000,000 kg a.i. were sold in Canada.[46] These sales were primarily within the agricultural sector, where glyphosate was ranked as having the highest sales volume of kg a.i. of herbicide. It was not among the top 10 active ingredients sold within the non-agricultural or domestic sector except for in 2007-2008, when it was ranked number 10 for the domestic sector.[45] The global consumption of glyphosate in 2011 was estimated at 650,000,000 kg a.i. per year and increasing.[47]

Sales data for provinces and territories are limited. Most recent data are as follows.

* Includes total sales within all sectors for BC, AB, and QC, and use data in only th agricultural sector for ON.

The general population is exposed to glyphosate through their diet, domestic application, direct skin contact, or inhalation during pesticide application.[5,51] Glyphosate mists can contaminate air and soil as they are applied and transported into neighbouring residential areas by the wind.[52,53]

CAREX Canada estimates that over 2 million people in Canada live in areas where the potential for exposure to glyphosate is higher than other areas in the country, which amounts to about 6% of the Canadian population. Since people residing near agricultural land may have higher pesticide exposures than those who live in non-agricultural areas due to their geographical proximity to areas with high pesticide usage, these estimates focus on community exposure related to agricultural pesticide use.[54,55] In addition, data availability for other routes of exposure (e.g. diet, domestic application) are limited.

As expected, exposure varies based on agricultural activity and the types of crops grown. Quebec had the largest number of people with higher potential for exposure (1.31 million people). Manitoba and Saskatchewan also had above average potential exposure for a large proportion of their population. As expected, provinces or areas were agriculture is less intensive have much lower estimated exposures.

In the environment, glyphosate binds tightly to soil, where it is eventually broken down by microbes. The half-life of glyphosate in the soil is an average of 47 days, but varies greatly depending on local conditions.[49] Glyphosate is considered low risk of contaminating groundwater due to its strong absorptive properties; however it can contaminate surface waters through aquatic use (i.e. where it is applied to control aquatic weeds), spills, and soil erosion.[56,57]

A Canadian National Water Quality Surveillance Program conducted in 2003-2005 found concentrations of glyphosate as high as 9,000 nanograms per litre (ng/L) in runoff water and 13,000 ng/L in surface water in the Lower Fraser Valley in BC.[58] These levels are well below the maximum allowable concentration (MAC) for the Guidelines for Canadian Drinking Water Quality of 280,000 ng/L and the Canadian Council of Ministers for the Environment (CCME) Water Quality Guideline of 65,000 ng/L. Glyphosate was not detected in appreciable amounts in any of the other provinces tested.[58]

The main routes of occupational exposure are dermal contact and inhalation.[59]

CAREX Canada estimates that between 38,000 and 56,000 Canadian workers are exposed to glyphosate in the agricultural sector. The majority of pesticides sold in Canada are used in agricultural (70% of active ingredients sold, by weight). For this reason, these exposure estimates focus on workers in the agricultural industry. Exposure among these workers occurs during the mixing, loading, and application of glyphosate, but many more may be exposed during other, farm-related activities through dermal contact with treated crops. Farm types with the largest number of exposed workers are other grain farming, oilseed farming, and dairy cattle and milk production (where glyphosate is applied on crops that are grown to feed livestock).

For more information, see the occupational exposure estimate for glyphosate.

Workers in industries other than agriculture (e.g. utilities, forestry) may also be at risk of exposure to glyphosate.[44,60]