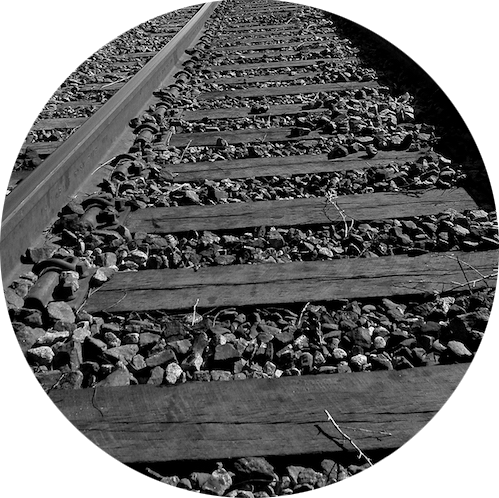 “Creosotes” are complex and variable mixtures made from distilled coal. They are composed of more than three hundred compounds, though only a limited number of those compounds are present in amounts greater than 1%.[1] Creosotes derived from distilling coal are often referred to as coal-tar creosotes and are used to protect wood from fungi, insects, and marine organisms.[2]

Wood creosotes are a separate group of chemicals derived from the resin of creosote bush leaves, or from beechwood leaves.[3] Wood creosotes are not considered in this profile, as they are not chemically related to coal-based creosotes. CAREX Canada has evaluated several other substances related to creosotes, including Polycyclic Aromatic Hydrocarbons (PAHs) and Coal-tar & Coal-tar Pitches; please consult these profiles for further information.

Coal-tar creosote is primarily composed of PAHs (up to 90%), with small amounts of phenolics and nitrogen-, sulphur-, and oxygen-containing heterocyclic compounds.[1]

Creosotes derived from coal-tars have been classified by the International Agency for Research on Cancer (IARC) as Group 2A, probably carcinogenic to humans, based on sufficient evidence in animals and limited evidence in humans.[4,5] Creosotes are skin and lung carcinogens in mice.[4] Human evidence suggests a link between creosote exposure and skin cancer (especially scrotal), but this is based on only a few small studies.[4]

Exposure to creosotes can irritate the skin and respiratory tract.[3]

Creosote was not included in other Canadian government chemical listings reviewed.[34]

Coal-tar creosotes are primarily used as heavy-duty wood preservatives on railroad ties, fence posts, marine pilings, utility poles, and outdoor lumber.[3] The service life of creosote-treated wood products is estimated at 40 to 50 years.[35] There are 9 pesticide products registered for use in Canada as a wood preservative or in the manufacture of wood preservatives.[36]

Canada is the second-largest producer of treated wood (second to the USA and equal to the UK).[37] In 1999, Canada produced nearly 3.5 million cubic meters of treated wood; about 6% of the wood was treated with creosotes.[37] A 2006 analysis of the treated wood industry in Canada predicted that production will remain stable for the foreseeable future.[37] Approximately 13% of domestically consumed wood products are treated, but only 4% of the production total is treated because most wood exports are untreated.[37]

In 2003, creosote was the most commonly used pesticide in British Columbia. About 2,200 tonnes of creosotes were sold in BC that year, constituting 47% of all pesticides used.[38] Creosote use was not reported in the 2010 report.[39]

Since 2007 Ontario has used 3.6 million cubic metres of creosote-treated wood containing 179,891 tonnes of creosote.[35] A total of 89% of the treated wood was used for railway ties, 8% for treated utility poles, and 3% for highway structures.

In 2016, there were four creosote treatment plants across Canada in Nova Scotia, Quebec, and British Columbia.[40] There have been no operating wood treatment plants in Ontario since the Thunder Bay Plant closure in 2002.[35,40]

A report from 2008 breaks down Ontario’s pattern of creosote disposal methods as follows: 66% sent to the US for incineration (railway ties only), 26% sent to landfills, 8% sent to reuse/recycling.[35] Open burning and sale to third parties is not practiced. Creosote waste products other than railway ties are generated from utility poles, highway timbers, agricultural fence posts, other minor agricultural structures, and possibly wood block floors.[35]

Creosote releases are not reportable to the National Pollutant Release Inventory (NPRI).[42] No consumer products containing creosotes were found in the US Household Products Database.[43]

The most important routes of occupational exposure to creosotes are inhalation and dermal.[4]

CAREX Canada estimates that approximately 4,800 Canadians are exposed to creosotes in their workplace. The primary industrial groups exposed are within the sawmill and wood preservation industry. Other important exposed groups include the electric power industry, rail transportation, and utility system construction.

For more information, see the occupational exposure estimate for creosotes.