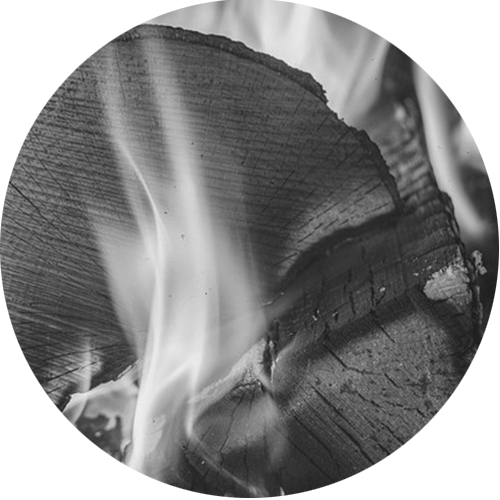 Polycyclic aromatic hydrocarbons (PAHs) are a group of over 100 chemicals formed during the incomplete burning of coal, oil, gas, wood, garbage, and other organic substances such as tobacco and charbroiled meat.[1,2,3] Refer to the International Agency for Research on Cancer (IARC) Monograph for the complete list of chemicals classified under the PAH group.[1]

PAHs occur naturally and generally exist as complex mixtures (i.e. in combustion products).[2] They can also be individually manufactured.[2] Pure PAH chemicals can range from colourless to golden yellow in colour, with a faint and pleasant odour.[2,3] Most PAHs are insoluble in water.[3]

Different PAHs have been classified by IARC into Group 1, 2A, 2B, and 3 based on varying strengths in the evidence of carcinogenicity in animal and human studies.[1] Evidence for PAH carcinogenicity in humans mainly stems from studies of workers exposed to PAH-containing mixtures. Human cancers associated with these mixtures occur predominantly in the lungs and skin following inhalation and dermal exposure, respectively.[2] Because PAHs are often found in complex mixtures, carcinogenic effects of individual PAHs are difficult to assess.[4] Animal studies show that a number of pure PAHs are carcinogenic.[2]

PAHs were not included in other Canadian government guidelines, standards, or chemical listings reviewed.

PAHs are primarily by-products of incomplete combustion and petroleum product production and processing. Most pure PAHs are not used for commercial purposes, with the exception of applications in research laboratories.[3,2]

Some pure PAHs, such as anthracene and acenaphthene, are used to produce dyes and manufacture pharmaceuticals.[2]

PAHs are present in coal tar and other products derived from coal tar, such as coal tar pitch, creosote, bitumen, and asphalt.[3] Coal tar and associated coal tar products may be used as a fuel, in road and roof paving, in carbon electrode manufacturing and in wood preservation.[3] CAREX Canada has developed carcinogen profiles for many of these products; visit our Profiles and Estimates page to view.

In 1990, forest fires were the greatest natural source of PAHs in the environment in Canada, releasing approximately 47% of total atmospheric emissions.[4] Current data on the amount of PAHs released due to wildfires could not be located. However, the severity of wildfires is expected to increase with climate change, and thus wildfires are likely to remain an important source of PAHs.[37] Other natural sources of PAHs include volcanoes, crude oil, and shale oil.[2]

The Air Pollution Emissions Inventory (APEI) of Environment Canada reports emissions for four PAHs, allowing for analysis of general trends in PAHs.[2] Since the 1990s, PAH emissions have decreased by 61%, most likely due to emission reductions in the aluminum industries and iron and steel industries. The APEI reported that in 2014, 130 tonnes of PAHs were emitted in Canada (excluding natural sources). The majority of emissions (78%) were due to residential fuel wood combustion. Industrial sources accounted for 18% of emissions, which were mostly due to the aluminum industry.[38]

PAHs are found in smoked, barbequed, deep fried, and charcoal-broiled foods, cereals and grains, meats, and vegetables (particularly those grown in contaminated areas).[3,2] In the general population, food sources can contribute up to 70% of PAH exposure in nonsmokers.[39]

Detectable levels of PAHs were found in surface water, groundwater, and drinking water in Canada, although levels are typically low as PAHs are insoluble in water.[2,4]

A search of Environment Canada’s National Pollutant Release Inventory (NPRI) yielded the following results on current potential for exposure to PAHs in Canada:

Inhalation and dermal exposure are the main routes of exposure to PAHs in occupational settings.[2]

CAREX Canada estimates that approximately 467,000 Canadians are exposed to PAHs in their workplaces. The largest industrial groups exposed are restaurants, automotive repair and maintenance, and gasoline stations.

In some industries, such as aluminum production, benzo[a]pyrene levels can reach up to 100 µg/m3, which is more than 10,000 times higher than typical ambient air concentrations.[1]

According to the Burden of Occupational Cancer in Canada project, occupational exposure to PAHs leads to approximately 130 lung cancers, 50 skin cancers, and possibly 80 suspected bladder cancers each year in Canada, based on past exposures (1961-2001).[41,42] This amounts to 0.6% of all lung cancers, 0.1% of all skin cancers, and 1% of all bladder cancers diagnosed annually. Most PAH-related cancers occur among workers in the manufacturing and construction sectors. Work-related PAH exposure resulted in approximately $183 million in costs for newly diagnosed lung, non-melanoma skin, and suspected bladder cancer cases in 2011.[42]

For detailed estimates of exposure to PAHs, see the occupational exposures tab.