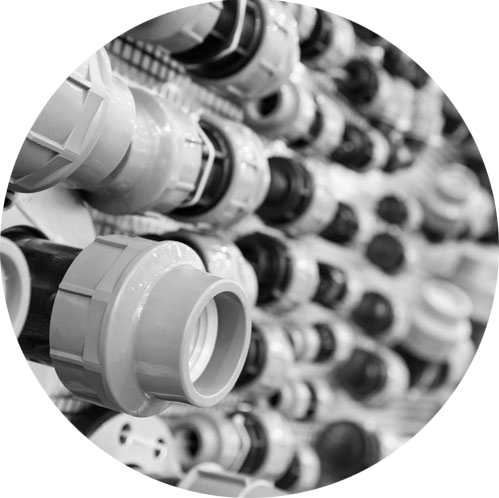 Vinyl chloride is a chlorinated aliphatic hydrocarbon which occurs as a colourless gas. It has a light sweet odour and is slightly soluble in water.[1] It may also be referred to as vinyl chloride monomer or chloroethene.[2] There are numerous other synonyms and product names; see the Hazardous Substances Data Bank (HSDB) for more information.[2]

Vinyl chloride is classified by the International Agency for Research on Cancer (IARC) as Group 1, a known human carcinogen. There is sufficient evidence that vinyl chloride exposure causes angiosarcoma of the liver and hepatocellular carcinoma.[3] There is strong evidence from both human and animal studies that vinyl chloride causes cancer via a genotoxic mechanism.[3]

Acute inhalation exposure to vinyl chloride can cause dizziness, nausea, headache, fatigue, visual and hearing disturbances, sleep disturbances, unconsciousness, and in high concentrations, death.[4,5] Chronic exposure to vinyl chloride is associated with a number of non-cancer health effects in different organs and tissues, including the liver, skin, and bones, as well as the cardiovascular, nervous, immune and reproductive systems.[4,5]

Vinyl chloride was not included in other Canadian government guidelines, standards, or chemical listings reviewed.

Other minor uses for vinyl chloride include the organic synthesis of copolymers with vinyl acetate, vinyl stearate, vinylidene chloride, and 1,1,1-trichloroethane.[4]

Vinyl chloride was formerly used as a refrigerant and in aerosol propellants, as an extraction solvent and as an ingredient in pharmaceutical and cosmetic products.[2] These uses were discontinued in the 1970s following the recognition of the carcinogenicity of vinyl chloride.[1,4]

Regulations in Canada prohibit using materials that could allow leaching of vinyl chloride in food packaging.[44] The 2007 Canadian Total Diet Study found that vinyl chloride was not detected in any of the 153 samples tested.[45] Exposure to vinyl chloride from food and beverage consumption is estimated at 0.1 µg/day.[42]

Searches of Environment Canada’s National Pollutant Release Inventory (NPRI) and the US Consumer Product Information Database yielded the following results on current potential for exposure to vinyl chloride in Canada:

Inhalation is the most important route of occupational exposure to vinyl chloride, although skin absorption may also occur.[3,4]

In plants where vinyl chloride monomer is produced, exposures generally occur after production, when the monomer product is being transported and stored, or during equipment maintenance.[1]

Exposure may occur during PVC polymerization or synthesis of other chemicals, if vinyl chloride is released into the air.[1] Workers involved in PVC resin handling and processing may be exposed to residual vinyl chloride monomers, but the levels of exposure are usually very low.[3,4]

CAREX Canada has not prioritized vinyl chloride for exposure estimate development. This is because the likelihood of exposure in Canadian workers is very low.