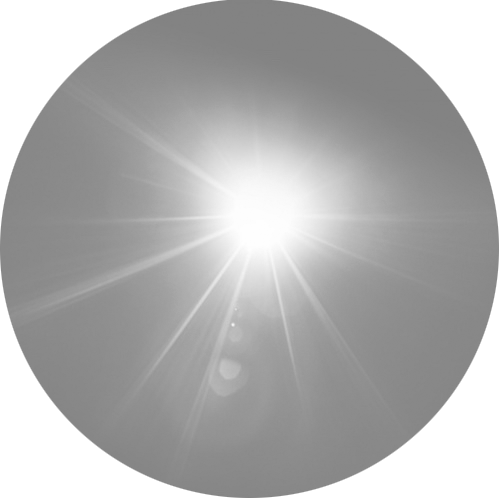 UVR is produced by a variety of natural and artificial light sources.[3] The main natural source of exposure to UVR is the sun. Approximately 95% of sunlight reaching the earth’s surface is UV-A and 5% is UV-B.[1,2] UV-C from the sun is removed by the atmosphere.[4] Levels of solar UVR exposure for the general population vary depending on geography, seasonality, time of day, and meteorology,[4] as well as time spent out of doors and amount of skin exposed.[4]

Over the last century, artificial sources of UVR have increasingly contributed to exposure during certain occupational and recreational activities.[5] For more information on these exposure sources, please see Artificial UV radiation.

Solar UVR has been classified by the International Agency for Research on Cancer (IARC) as Group 1, a known human carcinogen, with a well-established link to skin cancer (cutaneous malignant melanoma and non-melanocytic skin cancer).[2] Additional studies show associations between solar radiation and melanoma of the eye, and non-Hodgkin lymphoma.[1] Solar UVR is the most important cause of skin cancer, and skin cancer is the most common cancer in countries with large Caucasian populations.

No occupational exposure limits for solar UVR specifically were identified in Canada.[6] In general, occupational limits for UVR exposure are applied to artificial sources, although these limits can easily be exceeded by exposure to solar radiation outdoors during the spring and summer.[5]

For artificial UVR exposure, many Canadian jurisdictions adhere to occupational UVR threshold limit values (TLVs) established by the American Conference of Governmental Industrial Hygienists (ACGIH).[7] The ACGIH TLVs for UVR with various wavelengths in air between 180 and 400 nanometres are shown in the graph below. Under these limits, a normally-sensitive lightly pigmented adult population is not expected to experience acute effects, such as erythema (sunburn) or photokeratitis (a.k.a. “welder’s flash” or “snow blindness”).[8] However, almost all provinces and territories exclude solar UVR in occupational UVR exposure limits (except Nova Scotia and Newfoundland and Labrador, where occupational health and safety regulations do not explicitly exclude solar in UVR limits). 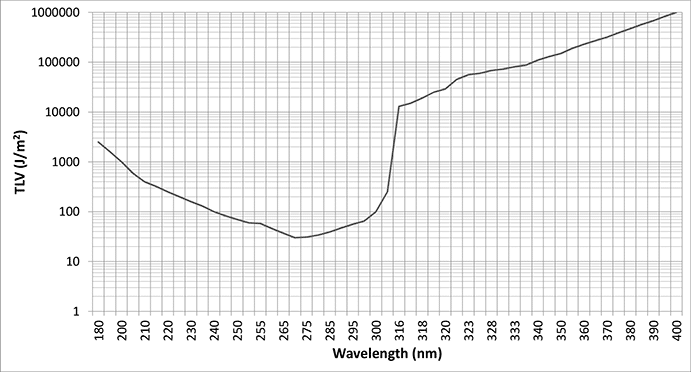 In 1992, Environment Canada developed a UV Index[12] to inform Canadians about the strength of solar UVR. The UV Index scale ranks the intensity of UV from 0-11+ (low to extreme). Levels as high as 11+ are rare in Canada, but the UV Index may reach up to 14 or 15 in the tropics.[13,14] Forecasts of UV index levels are accompanied by corresponding recommendations for sun protection measures.

Exposure to solar UVR may be dermal or ocular in occupational settings.

CAREX Canada estimates that approximately 1.7 million Canadians are exposed to solar ultraviolet radiation in their workplaces.

The Sun Safety at Work Canada project has developed a series of resources and tools that workplaces can use to identify, assess, and control occupational exposure to solar radiation.