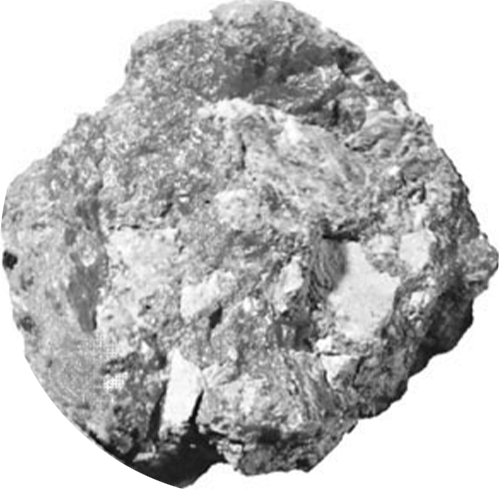 Arsenic is a semi-metallic element. Although it is rare to find pure arsenic in nature, inorganic arsenic compounds are found in complex minerals containing copper, lead, iron, nickel, cobalt, and other elements.[1] Most arsenic compounds are white powders with no odour.[2] Of all commercially traded arsenic compounds, arsenic trioxide is the most important.[1] There are numerous other synonyms and product names for arsenic; see the Hazardous Substances Data Bank (HSDB) for more information.[3,4]

In both Monograph Volumes 23 and 84 of the International Agency for Research on Cancer (IARC), arsenic and its compounds were classified as Group 1, carcinogenic to humans. IARC’s Volume 100 review of Group 1 carcinogens in 2012 reaffirmed this classification.[5] The evaluation applies to the whole group of arsenic compounds, not necessarily to each individual compound.[3] Epidemiologic studies in occupational settings established a strong association between inhalation exposure to arsenic and lung cancer, particularly in smelting and mining industries.[2] Long-term exposure to arsenic through ingestion (i.e. medicinally, via drinking water) can cause skin cancer.[1] There is also sufficient evidence that inorganic arsenic compounds cause urinary bladder cancer.[5] Other cancer sites associated with arsenic exposure include the liver, kidney, and prostate.[5]

Chronic ingestion of arsenic is characterized by discoloured and thickened skin on hands and feet,[6] which often precedes malignancy.[2] Neurological changes including peripheral neuropathies are also reported from low dose, chronic exposure to arsenic.[2] Because of its effectiveness as a poison, there is well established data on acute exposure to arsenic resulting in death; this includes respiratory, kidney, and cardiovascular damage, as well as haematological changes.[2]

Arsenic was not included in other Canadian government environmental guidelines reviewed.[28]

The major use for arsenic has been for chromated copper arsenate (CCA) in the wood preservation industry. In recent years, however, use patterns have changed.[31]

In December 2003, a voluntary agreement was made in the United States and Canada to stop using CCA in wood for residential applications, including play structures, decks, fencing, and boardwalks.[32] Prior to 2004, 90% of arsenic consumption in the US was for pressure treated wood; the figure reported for 2007 was 50%.[31] Marine timbers, plywood flooring and roofing, utility poles, and glue-laminated beams can still be treated with CCA.

Historically, arsenic has been included in agricultural chemicals, either directly or after conversion to arsenic acid, and was widely used as a pesticide and fertilizer. This is generally no longer permitted,[2] though arsenicals may be used in emergency situations (e.g. pine beetle infestation).[33] Until the 1970s, arsenic was used to treat leukemia, psoriasis, and asthma.[1] In the 1990s, there was renewed interest in using arsenic to treat a specific type of leukemia.[2]

Arsenic is presently obtained as a byproduct of the smelting of copper, lead, cobalt, and gold ores.[34] In 2009, Hudson Bay Mining and Smelting was the base metal smelter with the largest emissions of arsenic in Canada accounting for 38% of emissions.[35] Other Canadian base metal smelters and refineries that produce and emit arsenic include: Vale Canada Ltd.-Copper Cliff, Vale Canada Ltd.-Thompson, Xstrata Copper-Horne, and Xstrata Copper-CCR.[35]

Consuming arsenic through food is generally considered the primary route of exposure for the general population, although drinking water can also be a significant source in areas where arsenic is found in bedrock (thus contaminating drinking water sources).[36] Areas in Canada with arsenic-rich geologic deposits include the Yukon, Northern British Columbia (B.C.), Nunavut Islands, the Atlantic coast, and few hot spots in Southern Ontario.[37] CAREX Canada’s environmental estimates indicate that arsenic levels in Canadian drinking water result in higher risks of cancer at a population level (moderate data quality). Estimates for food and beverages show that arsenic exposure also results in an increased risk via this route (low data quality).

Quantifying the relative contribution of food and drinking water is difficult because arsenic uptake varies based on the form (i.e. organic or inorganic) and valence state of arsenic.[38] Based on limited available research,[39,40] intake of inorganic arsenic, which is considered more toxic, is estimated at 25% of total arsenic intake. In Canada, sources of arsenic in food include shellfish, meat, poultry, grain, and dairy products.[41] Arsenic has been found in bioaccessible forms (i.e. that can be readily absorbed) in Canadian wild plants and game, including berries, mushrooms, and hares.[42] In Ontario, 84% of the daily intake of arsenic was estimated to come from food, 15% from water, less than 1% from soils/dusts, and a negligible amount from skin contact.[41] This trend should be relatively similar across Canada. Arsenic in pigments and paints may be ingested through contaminated hands, fingernails, food, cups, or cigarettes.[1]

The average arsenic concentration in ambient air in 11 Canadian cities and one rural site in 1990 was 0.001 µg/m3.[38] Weathering and erosion of arsenic-containing rocks and soils contributes to natural levels of arsenic in the environment, however anthropogenic sources are the most significant contributors. Examples include mining base-metals and producing gold;[43] burning waste and coal;[44] leaching from arsenic treated sawdust and wood, or smoke from treated wood;[1] and applying arsenic-based pesticides.[45] Monosodium methanearsonate (MSMA), an arsenic-containing pesticide, was used in B.C. forests from 1995-2004 in an attempt to slow the pine beetle infestation.[31] When arsenic accumulation and behavioural changes in woodpeckers and other insect-feeding species were observed, MSMA was removed from B.C. markets.[46]

Searches of Environment Canada’s National Pollutant Release Inventory (NPRI) and the US Household Products Database yielded the following results on current potential for exposure to arsenic in Canada:

For more information, see the environmental exposure estimate for arsenic.

Inhalation and dermal contact are the most important routes of occupational exposure.[1]

CAREX Canada estimates that approximately 25,000 Canadians are exposed to arsenic at work; about half are exposed due to the use of arsenic in CCA wood preservatives. The industries with the highest number of exposed workers are foundation, structure, and building exterior contractors, as well as sawmills and wood preservation, and non-residential building construction. These workers are primarily exposed to arsenic through CCA treated wood. Workers are also exposed to arsenic in metal processing and manufacturing, oil and gas extraction, metal and ore mining, and water, sewage and other systems industries. Overall, larger numbers of exposed workers are employed in British Columbia and Quebec due to the large wood and wood product manufacturing industries in these provinces.

For more information, see the occupational exposure estimate for arsenic.