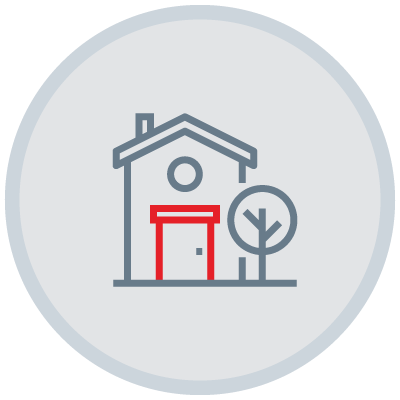 Consuming arsenic through food is generally considered the primary route of exposure for the general population, although drinking water can also be a significant source in areas where arsenic is found in bedrock (thus contaminating drinking water sources).[1]

Quantifying the relative contribution of food and drinking water is difficult because arsenic uptake varies based on the form (i.e. organic or inorganic) and valence state of arsenic.[3] Based on limited available research,[4,5] intake of inorganic arsenic, which is considered more toxic, is estimated at 25% of total arsenic intake. In Canada, sources of arsenic in food include shellfish, meat, poultry, grain, and dairy products.[6] Arsenic has been found in bioaccessible forms (i.e. that can be readily absorbed) in Canadian wild plants and game, including berries, mushrooms, and hares.[7] In Ontario, 84% of the daily intake of arsenic was estimated to come from food, 15% from water, less than 1% from soils/dusts, and a negligible amount from skin contact.[6] This trend should be relatively similar across Canada. Arsenic in pigments and paints may be ingested through contaminated hands, fingernails, food, cups, or cigarettes.[8]

The average arsenic concentration in ambient air in 11 Canadian cities and one rural site in 1990 was 0.001 µg/m3.[3] Weathering and erosion of arsenic-containing rocks and soils contributes to natural levels of arsenic in the environment, however anthropogenic sources are the most significant contributors. Examples include mining base-metals and producing gold;[9] burning waste and
coal;[10] leaching from arsenic treated sawdust and wood, or smoke from treated wood;[8] and applying arsenic-based pesticides.[11] Monosodium methanearsonate (MSMA), an arsenic-containing pesticide, was used in B.C. forests from 1995-2004 in an attempt to slow the pine beetle infestation.[12] When arsenic accumulation and behavioural changes in woodpeckers and other insect-feeding species were observed, MSMA was removed from B.C. markets.[13]

Searches of Environment Canada’s National Pollutant Release Inventory (NPRI) and the US Household Products Database yielded the following results on current potential for exposure to arsenic in Canada:

This map shows predicted levels of arsenic in outdoor air at residential locations by health region in Canada as of 2011. The average (median) concentration of arsenic within the health regions measured in outdoor air for 2011 was 0.0006 µg/m3, but concentrations of arsenic can be higher or lower than average in many locations. Concentrations should be compared to the applicable jurisdictional guidelines and standards for ambient air quality based on chronic, carcinogenic effects (or non-carcinogenic effects, if cancer is not the point of interest).

Potential lifetime excess cancer risk (LECR) is an indicator of Canadians’ exposure to known or suspected carcinogens in the environment. When potential LECR is more than 1 per million in a single pathway, a more detailed risk assessment may be useful for confirming the need to reduce individual exposure. If measured levels of arsenic in relevant exposure pathways (outdoor air, indoor air, indoor dust, drinking water, and food and beverages) decrease, the risk will also decrease.

The calculated lifetime daily intake and LECR results for arsenic are provided in the tables below. For more information on supporting data and sources, click on the Methods and Data tab below.

Data sources and data quality for arsenic can be found in the PDF below.