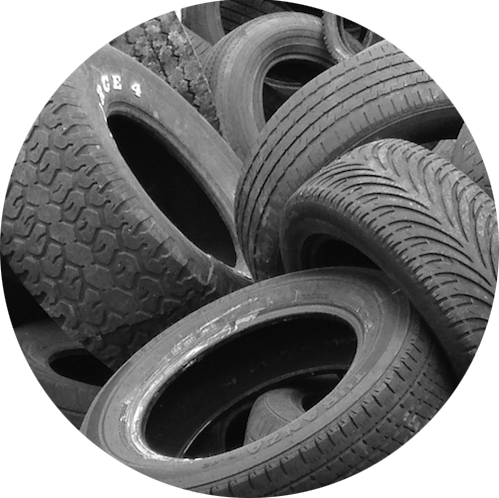 1,3-Butadiene is a non-corrosive colourless gas with an odour similar to that of gasoline.[1] It is emitted as a byproduct of incomplete combustion of organic matter, and is produced commercially for use in the chemical polymer industry.[2] 1,3-Butadiene may also be referred to as butadiene or vinylethylene.[3] There are numerous other synonyms and product names; see the Hazardous Substances Data Bank (HSDB) for more information.[3]

Concurrent exposure to other chemicals complicates analysis of additional adverse health effects related to 1,3-butadiene. However, cardiovascular and respiratory effects have been reported.[5] Low levels of exposure may result in sensory irritation while short term high levels may damage the central nervous system.[5] Dermal exposure to liquid 1,3-butadiene can cause irritation and frostbite.[5] Animal data indicates potential for reproductive effects, although there is as yet no evidence in humans.[6]

1,3-Butadiene was not included in other Canadian government environmental guidelines reviewed.[26,27,28]

Polybutadiene is the largest end use of butadiene elastomers in Canada.[37] Production of acrylonitrile-butadiene-styrene (ABS) polymers in Canada ceased in 1994.[37]

Other uses include neoprene rubber, ABS resins, co-polymer resins and latexes for paints, coatings and adhesives, oil lubricant additives, and rocket propellants.[38] A non-polymer use is for producing adiponitrile, a nylon intermediate.[1]

1,3-Butadiene has also been used to produce the agricultural fungicides captan and captafol.[1]

Styrene-butadiene latex is produced in a plant located in Varennes, Quebec.[35] A nitrile-butadiene plant was formerly located in Sarnia, but was recently closed.[38]

The most important route of exposure for the general Canadian population is inhalation.[2]

Butadiene is not persistent in air and has an atmospheric half life of a few hours, depending on weather conditions.[2] Levels in ambient air have been measured at several sites across Canada since 1987.[40] Data published in 2006 indicates that the average 1,3-butadiene concentration from 2000-2003 was 0.22µg/m3 and 0.02 µg/m3 for urban and rural sites, respectively. The highest recorded 24-hour concentration was 2.58 µg/m3, measured near an industrial point source in Sarnia in 2001. Other industrial point sources where concentrations may be high include Yellowknife, Fort McMurray, Port Mellon, Montreal/Varennes, and Oakville. However, industrial emissions have declined since 2004.

There is currently little available data to indicate whether butadiene is present in drinking water, food, and soil in Canada.[2] The potential for butadiene to migrate to food from containers exists, but is expected to be minimal; this route of exposure is likely much less important than inhalation.[2]

Searches of environmental and consumer product databases yielded the following results on current potential for exposure to 1,3-butadiene in Canada:

For more information, see the environmental exposure estimate for 1,3-butadiene.

Inhalation is the most important route of occupational exposure.[1] The potential for exposure exists in petroleum refining, as well as during production of purified butadiene monomer, various butadiene-based rubber and plastic polymers, and rubber and plastic products, such as tyres, hoses and a variety of molded objects.[4]

For more information, see the occupational exposure estimate for 1,3-butadiene.