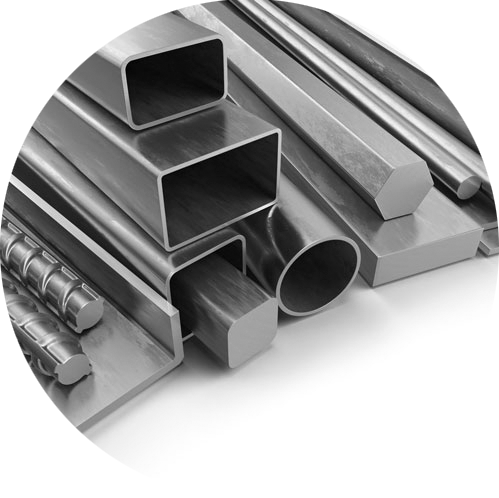 Vanadium pentoxide, a yellow-red crystalline powder, is the most common form of vanadium.[1] Vanadium is a soft grey metal that may be found in rocks, iron ores, and petroleum deposits.[2] It is most commonly found in nature in compounds with oxygen, sodium, sulphur, or chlorine. Vanadium oxides are released through combustion of vanadium containing ores and petroleum. Vanadium pentoxide may also be referred to as (V2O5), vanadium oxide, divanadium pentoxide, and vanadic acid anhydride. There are numerous other synonyms and product names; see the Hazardous Substances Data Bank (HSDB) for more information.[3]

Vanadium pentoxide was classified by the International Agency for Research on Cancer (IARC) in 2006 as Group 2B, possibly carcinogenic to humans.[4] This classification is based on inadequate evidence of carcinogenicity in humans and sufficient evidence in animals. In one study, inhalation exposure to vanadium pentoxide resulted in an increased incidence of alveolar/bronchiolar neoplasms in mice and male rats.[4] No human data on carcinogenicity were available to the IARC working group.

Vanadium pentoxide was not included in other Canadian government guidelines, standards, or chemical listings reviewed.

The primary industrial use of vanadium pentoxide is in ferrovanadium, which is then used to produce high strength, low alloy steels.[24] Smaller amounts of vanadium pentoxide are used in titanium-aluminum alloys, which have applications in the aerospace industry.[24] Vanadium compounds are also used in pigments and inks, as colouring agents, and as UV filters in some glasses,[25] as well as in producing plastics, rubbers, ceramics, and other metals.[2]

Vanadium pentoxide is used as an oxidation catalyst in industrial synthesis processes such as manufacturing sulphuric acid,[25] and in catalytic converters for automobiles.[3]

One specialty application for vanadium pentoxide is in Vanadium Redox Batteries (VRB), which are large-scale electrochemical energy storage systems.[24]

Canadian market demands for vanadium pentoxide are primarily met through import.[24] Canada has not produced vanadium since the early 1990’s, when a vanadium plant closed in Fort McMurray, Saskatchewan. Vanadium was being produced through recovery from oil sands in the form of vanadic acid (they were expecting to produce vanadium pentoxide later), but the operation ceased due to low prices.[24] China, Russia, and South Africa are the leading world producers of vanadium.[26]

There are three major geological deposits of vanadium in Canada – two in northern Quebec and one in northern Manitoba.[24,27]

There is very little recycling of vanadium; most is obtained from primary sources including recovery from ores, concentrates, slags, or petroleum residues.[26]

Although food is typically the main source of exposure to vanadium compounds, these compounds are poorly absorbed through the gastrointestinal system.[2] Soil contamination on food can contribute to exposure since soil concentrations can be much higher than air levels, especially near metallurgical plants or other sources.[2] High soil levels are particularly relevant in children prone to ingesting soil.[2]

For people living near a point source, ambient air is the primary source of exposure to vanadium pentoxide.[2] The most significant source of vanadium-contaminated air is oil and coal combustion (90% of total global emissions).[4,25] Levels of vanadium are typically higher near metallurgical plants and in large cities (especially on the heavily-populated eastern seaboard of the US and Canada, where fuel oils are commonly burned in the cold months).[4] Ambient levels may be elevated in port cities due to high levels of vanadium emitted from ships using heavy fuel oil.[29]

Vanadium has been measured in samples of coal and ash from Canadian sources.[30] No household products are listed for vanadium pentoxide in the US Household Products Database.[31]

Inhalation is the most important route of occupational exposure to vanadium pentoxide.[2]

CAREX Canada estimates that approximately 7,600 Canadians are exposed to vanadium pentoxide in their workplaces. The largest industrial groups exposed include fabricated metal products, boiler, tank and shipping container manufacturing, services to buildings and dwellings, and building equipment contractors. The largest occupational groups exposed to vanadium pentoxide are boilermakers, followed by welders, specialized cleaners, and other labourers in processing, manufacturing, and utilities.

Other occupations that may be exposed to vanadium pentoxide are specialized cleaners, industrial mechanics, artisans and craftspersons, petroleum refiners, and ceramicists (where vanadium is used as a pigment).[1]