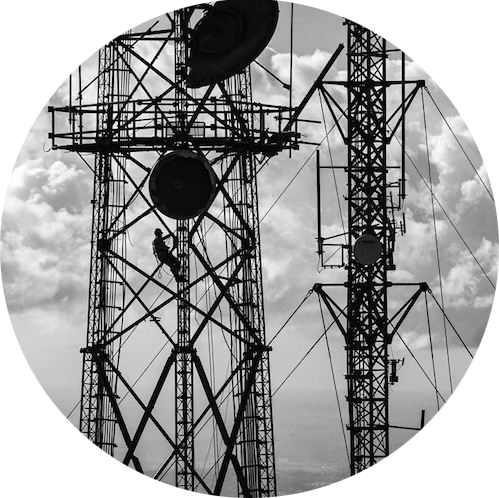 Figure 1. Radiofrequency waves fall within the non-ionizing range of the electromagnetic spectrum.[2]

RF is generated when a source current (e.g. a broadcasting transmitter) is fed to an antenna, producing energy within the antenna that moves outward in the form of an electromagnetic RF wave.[3] RF waves are used for radio transmission, carrying electromagnetic energy through free air and dense media.[2] Communication devices (e.g. radios and cellular phones and broadcast towers), medical equipment (e.g. magnetic resonance imaging (MRI)), and heating equipment (e.g. induction heaters and microwave ovens) generate RF, as do a variety of other sources in workplace and community environments.[1]

Tissues in the body can absorb RF, and exposure varies depending on many factors, including distance from the source, output power level, duration of the exposure, body size of the exposed individual, frequency, strength, and direction of the RF fields, and others.[1,4]

RF has been classified by IARC as Group 2B, possibly carcinogenic to humans. IARC’s evaluation focused primarily on evidence from studies of cellular phone use.[4,5] The classification is based on limited evidence of an association between RF energy from cellular phones, glioma (a malignant brain tumour), and acoustic neuroma (a benign tumour in the nerve responsible for hearing) in humans.[6,7] The IARC working group concluded that this evidence is limited due to inconsistent results, study design issues, and potential bias. They also found limited evidence for carcinogenicity in experimental animals.[4,5]

The IARC classification has generated considerable controversy, with some scientists believing that the evidence was stronger or weaker.[8,9] The results of studies published since IARC’s evaluation have also been mixed, and scientists from IARC and its working group have called for more research.[10] Health Canada, along with the World Health Organization and IARC agree that more research on the cancer risk from exposure to RF is needed.[11]

Acute exposure to RF can heat tissues, which may result in increased body temperature or the sensation of heat or pain. It can also lead to peripheral nerve stimulation (PNS), where RF fields temporarily disrupt nerve cells within the body.[1] Overexposure from high-powered RF equipment can lead to severe burns and contact shocks.[1]

Exposure to high levels of RF has also been associated with adverse effects in the eye, including an increased incidence of cataracts.[1] However, this only occurs at levels where skin pain and facial burns around the eye occur. Exposure to high levels of RF are also associated with adverse effects on male sperm such as decreased sperm count, motility and concentration, as well as altered morphology.[1,2] Many other health effects have been investigated and research is ongoing, but the results thus far are inconclusive.

Health Canada’s Safety Code 6 (SC6) provides exposure limit guidelines for both occupational and public exposure to RF energy in Canada in the range of 3kHz to 300 GHz.[12] The regulation applies to those working at or visiting federally regulated sites, and is also used by Industry Canada to ensure wireless devices (e.g. cellular phones, base stations, and broadcast antennae) meet the regulated requirements.[1] Exposure to patients and health care workers from magnetic resonance imaging (MRI) and other medical equipment is not regulated under SC6 in Canada; MRI exposure guidelines are covered by Safety Code 26.[13]

Guidelines alone do not have the force of law or regulation in Canada. However, they may be adopted and enforced by provinces or other government agencies as the basis of their regulation. For example, the Ontario Ministry of Labour uses SC6 guidelines to set occupational exposure limits for workers.[14]

Two international bodies (International Commission on Non-ionizing Radiation Protection (ICNIRP) and Institute of Electrical and Electronics Engineers (IEEE)) have also developed exposure guidelines based on detailed assessments of the scientific literature.[15] Many countries around the world have adopted exposure limit guidelines that are the same or similar to the ICNIRP and IEEE limits, including Canada.[2] However, the latest revision of Canada’s SC6 (2015) is somewhat more protective.

Reference levels for maximum human exposure to RF are specified in terms of electric field strength, magnetic field strength, and power density, and vary based on specific frequency ranges (these parameters and the relationships between them are defined in Safety Code 6). For example, cellular phones in Canada operate in the ranges of 800 to 900 MHz and 1800 to 2200 MHz. In an uncontrolled (general public) environment, these operating frequency ranges would fall under the SC6 reference levels for 300 MHz to 6000 MHz (Table 1).

Full reference level tables can be found in the SC6, ICNIRP, and IEEE guidelines.[12,16,17]

Cellular phones and other communication equipment are the main source of exposure to RF in the general public.[5] Cellular phones emit low levels of RF energy, operating in the range of 450 MHz and 2700 MHz with peak powers between 0.1 to 2 watts.[15] The amount of RF exposure from a cellular phone depends on a variety of factors such as the distance between the phone and the user, the length of the call, the strength of the signal, and the technology of the phone.[2] Cellular base stations also emit RF energy. They operate at powers of a few thousand watts, and are typically located on towers, rooftops or facades of buildings in urban areas.[1]

Broadcasting transmitters, including AM and FM radio and television, are another common source of RF energy. The operating power of these transmitters varies greatly, with some high-powered facilities reaching up to a megawatt of emitted power.[1]

Cordless phones also radiate RF energy, but are less powerful than cellular phones due to their limited range and nearby base station.[1] Other domestic sources include microwave ovens, wireless internet (WiFi), Bluetooth, Smart Meters, baby monitors, and remote-controlled toys.

Workers are exposed to RF of varying frequencies and exposure levels in a wide range of industries.[2] High occupational exposures to RF radiation can occur in those working with high-frequency dielectric heaters (e.g. PVC welding machines).[18] Industrial induction heaters and radar (which are often used in air traffic control and navigation, traffic monitoring, and military applications) are other common sources of exposure in the workplace.

Individuals working in close proximity to antennas that transmit RF energy, such as those used for broadcasting radio and television, as well as cellular phone base stations, can be exposed to high levels of RF energy.[19] Increasing numbers of workers are needed to install and maintain these transmission antennas as the use of cellular phones and other communication technologies grows around the world.[18]

A number of factors influence the level of occupational exposure to RF, such as the power of the source, the number of sources, the direction and frequency of the RF waves, the distance and location of the worker from the source, the duration and regularity of exposure, and the presence of protective barriers.[2]

CAREX Canada has not prioritized Radiofrequency radiation for exposure estimate development. This is because there is a lack of exposure monitoring data in the Canadian Workplace Exposure Database on which to base an estimate.