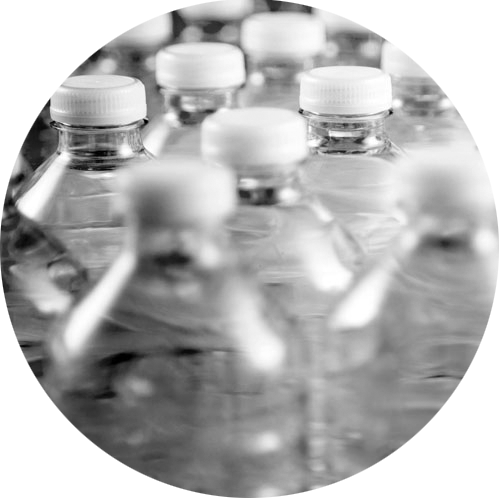 DEHP was re-evaluated by the International Agency for Research on Cancer (IARC) in 2011, when it was upgraded from Group 3 to Group 2B, possibly carcinogenic to humans.[4] In animal studies, DEHP exposure resulted in increased incidences of hepatocellular adenomas and carcinomas in rats and mice.[1] Other reported effects related to exposure include pancreatic adenomas and carcinomas in male rats, as well as testicular leydig-cell tumours in rats.[4] Information on human carcinogenicity of DEHP was limited; at the time of the Monograph, only one study reported no increased cancer mortality in a small number of DEHP production workers.[1]

Additionally, DEHP is a skin, eye, and respiratory tract irritant.[3]

DEHP was not included in other Canadian government guidelines, standards, or chemical listings reviewed.

Other materials that also include DEHP for its plasticizing properties include polyvinyl butyral, natural and synthetic rubber, chlorinated rubber, ethyl cellulose, and nitrocellulose.[28]

Non-plasticizer applications of DEHP include use in dielectric fluids for capacitors, in vacuum pump oil, as an acaricide (a pesticide used to kill ticks and mites) in orchards, as a solvent in erasable ink, as an ingredient in printing inks for food wrappers, as an inert ingredient for pesticides, and in testing of respirators and air filtration systems.[2,4,28]

Because of its widespread use in consumer products, most individuals in the general public are exposed to measurable amounts of DEHP.[1,2,28] Although there is widespread concern about DEHP levels in bottled water, exposure mostly occurs by ingesting contaminated food and administering contaminated intravenous fluids during medical procedures.[2,31]

Detectable amounts of DEHP are found in various food products as a result of bioaccumulation and/or leaching from food packaging materials.[29] Higher levels of DEHP have been found in products with high fat content, such as meat, fish, eggs, and milk products.[2,31]

A significant source of exposure to DEHP is leaching from flexible plastic tubing and bags used in medical devices; this is especially the case for individuals who require regular intravenous treatments such as dialysis.[1,2,29] DEHP concentrations in products stored in these medical devices can be three to six orders of magnitude higher than DEHP concentrations in water and food. As with food, higher levels of DEHP have been found in products with higher fat content.[31]

Infant and children’s soft toys and soft plastic products formerly contained high levels of DEHP (up to 31 – 42% by weight). However, recent reduction and proposed elimination of DEHP in these products will greatly reduce ingestion exposure via children’s toys and products.[28] In 2011, the Government of Canada passed a new regulation, further limiting the amount of allowable DEHP in children’s products to 1,000 mg/kg (0.1%). [32]

DEHP is detected almost ubiquitously in air and water samples.[1,2] However, due to its low volatility and low solubility in water, DEHP concentrations in air and water are generally very low.[28] Ambient exposure for an average adult is estimated at between 0.21 – 2.1 mg/day.[28] DEHP concentrations in indoor air, which are the result of off-gassing from consumer products and building materials, tend to be higher than in outdoor ambient air.[2]

The US Household Products Database listed one lacquer product as having DEHP as an ingredient.[33] Searches of Environment Canada’s National Pollutant Release Inventory (NPRI) database yielded the following results for DEHP release in Canada:

Occupational exposure to DEHP occurs by inhalation of its aerosol or mist form, which is a result of its very low vapour pressure.[1,2]

Occupational exposure to DEHP occurs primarily among workers involved in manufacturing and processing DEHP and flexible PVC plastics.[1,2] High levels of exposure may occur while formulating and compounding DEHP in PVC manufacturing.[28] Printing and painting occupations also account for a large number of workers potentially exposed to DEHP.[4]

Few data are available on levels of occupational exposure to DEHP.[4] Concentrations in air were reported to be as high as 60 mg/m3 in older studies, however, these studies reported concentrations of total phthalates.[4] Several studies showed that urinary levels of DEHP, its metabolites, and total phthalates were higher in DEHP-exposed workers compared to unexposed workers, and in post-shift samples compared to pre-shift samples.[4]

CAREX Canada has not prioritized phthalates for exposure estimate development. This is because there is a lack of exposure monitoring data in the Canadian Workplace Exposure Database on which to base an estimate.