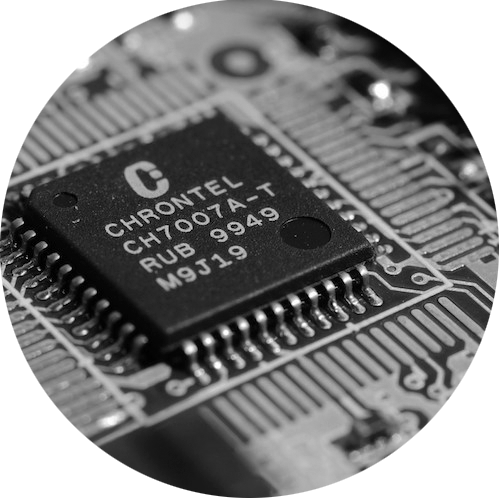 Indium phosphide is composed of indium metal and phosphorus. It is a byproduct created when isolating other base-metals such as zinc, copper, lead, and tin.[1,2] It may also be referred to as InP; see the Hazardous Substances Data Bank (HSDB) for other names and synonyms.[3]

Indium phosphide has been classified by the International Agency for Research on Cancer (IARC) as Group 2A, probably carcinogenic to humans.[1] Exposure to indium phosphide causes cancer in experimental animals,[1] increasing the incidence of alveolar and bronchiolar carcinomas in mice and rats.[1] Other reported exposure-related cancers include hepatocellular adenomas/carcinomas and benign and malignant tumours in the adrenal gland.[1,4,5] No epidemiologic studies were available for the IARC Working Group to evaluate human carcinogenicity of indium phosphide, however it was classified as Group 2A due to the extraordinarily high incidence of lung cancer, and cancers at other sites, at relatively low levels of exposure in animal models.[1]

Recent studies suggest that exposure to another indium compound, indium tin oxide (ITO), may cause interstitial lung damage.[4,5] ITO and other indium compounds have not been evaluated by IARC as to their carcinogenicity, but they are included in IARC’s recent report identifying high-priority carcinogens in need of further research.[6]

Indium phosphide is included in Environment Canada’s Non-Domestic Substances List (NDSL).[31] It was not included in any other Canadian government chemical listings reviewed.[32,33,34,35]

Indium phosphide is a semiconductor used primarily to produce optoelectronic devices such as laser diodes, light-emitting diodes (LEDs), and solar cells.[1,36] It is also used in high performance integrated circuits.[1]

Because of its unique semiconductive properties, indium phosphide is widely used to manufacture microelectronics.[1,37] Indium phosphide and other indium compound nanoparticles, with particle diameters as small as 3 nanometres, have attracted significant research interest given their great potential for use in electronics.[5,36,38]

In 2007, Teck Cominco and Xstrata Copper were the primary producers of indium in Canada, recovering the metal at their zinc refineries from domestic and imported concentrates.[2] Total Canadian production of indium metal was estimated at approximately 65 tonnes in 2007.[2] Adex Mining is also proposing to extract and refine indium from the Mount Pleasant mine in New Brunswick. This mine has an estimated capability to produce 40 tonnes of indium per year.[39]

Canada accounts for 18% of US indium imports, providing a total of 111 tonnes of indium between 2002 and 2006.[2] No information on Canadian production of indium phosphide was available. A search of Trademap for “indium and articles thereof” revealed no data.[40]

Indium phosphide is not a naturally occurring compound, although indium is present in trace amounts in various metal ores.[1]

Very limited information is available on environmental exposure to indium phosphide.[1,41] Low concentrations of indium metal have been detected in air (43 ng/m3), seawater (20 µg/l), rainwater (0.59 µg/l) and food (up to 10 µg/kg in beef and pork).[1] Indium concentrations of up to 15 mg/kg have been reported in seafood from contaminated waters near metal smelters.[1] Average daily intake was estimated to be low and in the range of 8 – 10 µg/day.[1]

No household products were listed for indium phosphide in the US Household Products Database.[43]

Inhalation is the most important route of occupational exposure to indium phosphide.[1]

The main occupations exposed are in the microelectronics industry, including workers involved in: producing indium phosphide crystals, ingots, and wafers; grinding and sawing operations; fabricating devices; and cleaning activities.[1]

CAREX Canada has not prioritized Indium Phosphide and other Indium compounds for exposure estimate development. This is because there is a lack of exposure monitoring data in the Canadian Workplace Exposure Database on which to base an estimate.