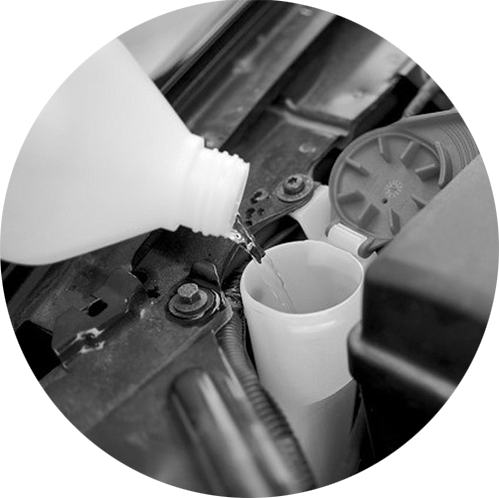 Ethylene oxide is a colourless gas with a characteristically sweet, ether-like odour.[1,2] It is highly flammable and dissolves easily in water, alcohol, and most organic solvents.[2] Produced since the early 1900’s, ethylene oxide has been used as a chemical intermediate and as a sterilizing agent.[3] Ethylene oxide may also be referred to as oxirane and EtO.[3] There are numerous other synonyms and product names; see the Hazardous Substances Data Bank (HSDB) for more information.[4]

Ethylene oxide was classified in 1994 by the International Agency for Research on Cancer (IARC) as Group 1, carcinogenic to humans.[3] The Volume 100 IARC review reaffirmed this classification, finding limited evidence in humans and sufficient evidence in animals for lymphatic and haematopoietic cancers, as well as breast cancer.[5] Mechanistic studies provided strong support for the Group 1 designation, as EtO is a potent alkylating agent, frequently showing genotoxic effects.[6] The effective sterilizing properties of EtO and its carcinogenicity both arise from its capacity to damage DNA.[1]

Ethylene oxide can irritate the eyes, skin, and respiratory system, and can cause central nervous system effects.[2] With chronic exposure, neurological effects including memory loss, peripheral neuropathies, and impaired coordination have been reported.[2] Asthmatic reactions can occur in individuals sensitized to EtO.[6] There is limited evidence that EtO exposure may be associated with increased risk of miscarriage.[2]

EtO use is also monitored through the Pest Control Products Act. In order to reduce duplication in regulatory oversight, EtO was removed from Health Canada’s List of Permitted Food Additives with “Other Generally Accepted Uses (List 8)” in 2016.[28] Ethylene oxide was not included in other Canadian government environmental guidelines reviewed.[29,30]

Ethylene oxide was not included in other Canadian government chemical listings reviewed.[35]

Smaller amounts of EtO are used as sterilizing agents, disinfectants, fumigants, or insecticides.[1] Medical facilities (hospitals, medical and dental clinics) and manufacturers of sterile medical supplies account for the majority of its use as a sterilant.[1] In Canada, approximately 120 healthcare facilities use ethylene oxide as a sterilant.[36]

Other applications where EtO is used as a sterilant include heat sensitive materials such as furs, furniture, beehives, cosmetics, drugs, and tobacco,[1] and in publication and wood products industries.[5]

Ethylene oxide is used as a fumigant to control bacteria in spices and natural seasonings and to control insects in stored products.[5] There is one product listed with ethylene oxide as an active ingredient registered with the Canadian Pest Management Regulatory Agency (PMRA).[37]

There is limited data in Canada on the general population’s exposure to ethylene oxide, but the most important route of exposure is inhalation.[5] In one national study of 50 ambient air samples taken over 24 hours in randomly selected residential areas, 94% of the samples were below the detection limit.[5] The same study, looking at indoor air, reported 98% of samples below the limit of detection.[5]

Sources of environmental exposure to EtO are mainly products that have been sterilized with the compound, including medical products, foods, clothing, cosmetics, and beekeeping equipment.[1] A minor source of exposure to ethylene oxide is gasoline combustion and cigarette smoke (either residue from fumigation of tobacco, or as a combustion by-product).[2,5]

Data on EtO levels in water, soil, sediment and groundwater in Canada were not identified.[5]

Inhalation is the most important route of occupational exposure to ethylene oxide.[2]

Although the majority of ethylene oxide is used to produce chemicals, most occupational exposure occurs through its use in sterilization, particularly of medical equipment.[1,35] The highest exposures have been measured in facilities using EtO as a sterilant or fumigant, including hospitals, healthcare facilities, and spice manufacturers.[41] Workers may be exposed while changing ethylene oxide gas cylinders; from leaking equipment; from improper ventilation at the sterilizer door, discharge line, aerators, and in the general room; during removal and transfer of items from the sterilizer to an aerator; and from incomplete aeration of items.[1] Ethylene oxide is registered for use as a disinfectant in six products listed in the Drug Products Database of Health Canada.[42] Some studies show that exposures during sterilization procedures can be effectively controlled by industrial hygiene measures.[1] Current average concentrations of ethylene oxide in hospitals and production facilities have decreased substantially from historical levels, to <2 mg/m3 in western Europe and North America.[1]

There is potential for exposure to EtO during production of industrial chemicals. However, these processes are usually automated and contained in closed systems, which minimizes exposure.[41] Exposures in the chemical industry occur mainly during loading and unloading of transport tanks, product sampling, and equipment maintenance and repair.[43]