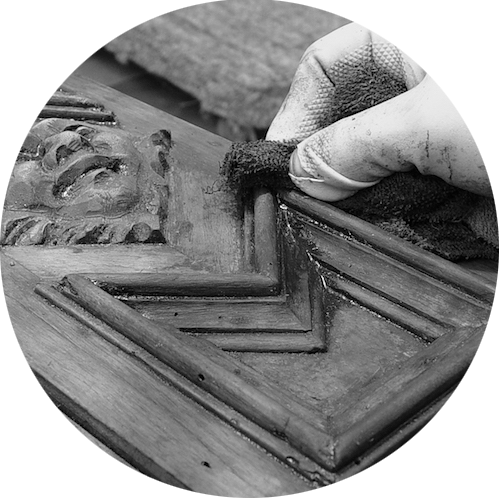 Dichloromethane is a volatile, clear, and colourless liquid with a smell similar to chloroform.[1] It has been an important industrial solvent since the 1940s.[2] Dichloromethane is also commonly referred to as methylene chloride and DCM.[3] There are numerous other synonyms and product names; see the Hazardous Substances Data Bank (HSDB) for more information.[3]

Dichloromethane is classified by the International Agency for Research on Cancer (IARC) as Group 2A, probably carcinogenic to humans, based on limited evidence that it causes biliary-tract cancer and non-Hodgkin lymphoma in humans, and sufficient evidence of carcinogenicity in experimental animals (malignant lung and hepatocellular tumours in male and female mice).[2] This assessment also considered the strong mechanistic evidence that dichloromethane is broken down into reactive metabolites by an enzyme called glutathione-S-transferase T1 (GSTT1), and that this activity is strongly associated with genotoxicity in vitro and in vivo.[2]

The central nervous system is the primary target of acute inhalation exposure.[4] Respiratory effects and skin irritation have also been reported.[4]

Dichloromethane was not included in other Canadian government environmental guidelines reviewed.[26]

Dichloromethane is used to strip paint and remove varnish.[2] It has also been used as a flexible urethane blowing agent, in aerosol formulations, as a solvent in producing pharmaceuticals and film coatings, and as an extraction medium (used in the food industry to extract spices, caffeine, and hops).[1,4] Other uses include degreasing metals, manufacturing electronics and adhesives, processing plastics, and refrigerating.[4,33]

Historically, dichloromethane has been used as a fumigant. However, it is not currently registered as a pest-control product in Canada.[34]

Canada does not produce dichloromethane, but meets domestic requirements through imports.[35]

An estimated 80% of dichloromethane produced globally is released to the environment.[38]

Based on data gathered in the early 1990’s, indoor air is likely the most significant source of exposure for Canadians.[39] CAREX Canada’s environmental estimates indicate that dichloromethane levels in indoor air result in an increased risk of cancer (moderate data quality).

Ambient air may be of greater concern in industrialized urban areas and in close proximity to waste or disposal sites.[1,38] CAREX Canada’s environmental estimates indicate that dichloromethane levels in outdoor air do not result in an increased risk of cancer (high data quality).

Environment Canada estimated that 2 million people were exposed to dichloromethane by using consumer products including paint strippers, aerosol paints, and insecticides and cleaning solutions.[35] Data on levels of dichloromethane in food is limited; however, it has been detected in several products including cereal and butter.[39,40] Potential for bioaccumulation in foods is low.[40] Dichloromethane levels are below the detection limit in the majority of drinking water samples collected in Canada, and are more frequently associated with groundwater sources.[40,41] Total daily intakes of dichloromethane for the Canadian general population are estimated to range from 3.96 to 6.62 micrograms/kilogram of body weight per day.[39] No recent Canadian studies have been identified for dichloromethane estimates in food and beverages.

Soil data on dichloromethane levels is limited to contaminated sites.[39,40] Dichloromethane has been detected in groundwater in Canada, and is usually associated with nearby landfills and waste disposal sites.[39]

Searches of the National Pollutant Release Inventory (NPRI) and US Household Products Database yielded the following results on current potential for exposure to dichloromethane in Canada:

Inhalation is the most important route of occupational exposure, however dermal absorption is also possible.[1]

CAREX Canada estimates that approximately 25,000 Canadians are exposed to dichloromethane in their workplace. The largest industrial groups exposed are automotive repair and maintenance, followed by building finishing contractors and plastic product manufacturers. Other important industries that are likely exposed include paint removal, personal and household goods maintenance and repair, and automotive parts manufacturing.

The largest exposed occupational groups are motor vehicle body repairers, followed by painters and decorators, and machinists and machining and tooling inspectors. Other occupations that may be exposed include furniture refinishers and chemical  manufacturers.[1] Workers may be exposed when spraying urethane foam, removing paint or varnish from equipment or furniture, or using products that use dichloromethane as a propellant or degreasing agent.

For more information, see the occupational exposure estimate for dichloromethane.