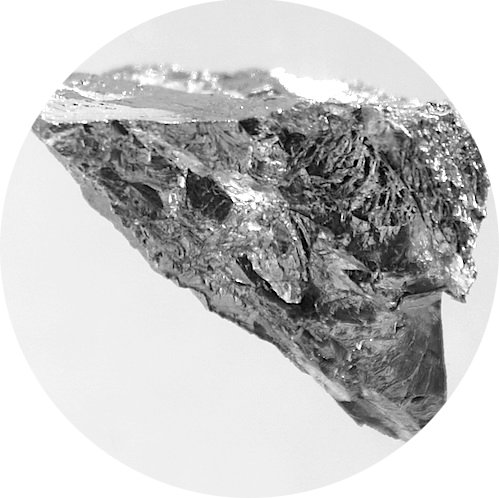 Chromium is a naturally occurring element in the earth’s crust.[1] It has a number of different valence states, but typically occurs in its trivalent (chromium [III]) and hexavalent (chromium [VI]) forms.[1] Chromium [VI] compounds are most often products of industrial processes.[2] Common chromium [VI] chemicals include potassium chromate and dichromate, sodium chromate and dichromate, lead chromate, calcium chromate, and chromium trioxide.[2] A number of other hexavalent compounds exist; refer to Hazardous Substances Data Bank (HSDB) for more information.[3]

Hexavalent chromium has been classified by the International Agency for Research on Cancer (IARC) as Group 1, carcinogenic to humans, with a well established link to lung cancer.[4,5] Several epidemiological studies have also found increased risks of cancer in the nasal cavity and paranasal sinuses in workers exposed to chromium [VI],[2,5] and sinonasal cancer among workers engaged in chromate production, chromate pigment production, and chromium plating.[2] Compounds of chromium [III] and metallic chromium were classified as Group 3, not classifiable as to [their] carcinogenicity to humans.[4] This profile will focus on chromium [VI], since it is the known cancer-causing form of chromium.

Acute inhalation exposure to hexavalent chromium may irritate and damage the nose, throat, and lungs.[6] Dermal exposure to chromium [VI] may also cause allergic contact dermatitis and skin sensitization.[6]

Hexavalent chromium was not included in other Canadian government environmental guidelines reviewed.[26,27,28,29]

Hexavalent chromium was not included in other Canadian government chemical listings reviewed.[33,34]

Chromated copper arsenate (CCA) is a widely used wood preservative that contains hexavalent chromium.[35] The use of CCA-treated wood for residential purposes was voluntarily phased out by industry at the end of 2003.[35] Existing residential structures made with CCA-treated wood were not required to be removed. CCA is still used to preserve wood for industrial applications such as utility poles, pilings, and highway construction.[35]

Canada has not mined chromium ores since the early 1900s, although there are deposits across the country. There has been recent interest in mining chromite ores in Northern Ontario.[36]

Trace amounts of chromium [VI] occur naturally in unpolluted environments.[1,6] However, most chromium detected in the environment is released from anthropogenic sources.[6] Chromium [VI] is commonly found in indoor and outdoor air, soil, surface water, and groundwater.[6]

Surface water is contaminated with chromium [VI] in many parts of Canada.[1] Total chromium in Canadian drinking water is typically less than 5 µg/L.[1,6] Mean or median total chromium concentrations from rivers and streams in British Columbia, Alberta, Ontario, and Quebec were found to be between 4 – 7 µg/L, with 10 – 60% of the chromium as chromium [VI].[1] Total chromium levels in unpolluted surface water are typically below 1 µg/g. CAREX Canada’s estimates indicate that chromium [VI] levels in drinking water may result in an increased risk of cancer at a population level (moderate data quality).

Average levels of chromium [VI] in air near industrial areas may be 10 – 45 times higher than those in non-industrial areas.[6] CAREX Canada estimates that exposures to chromium [VI] in outdoor air likely do not result in an increased risk of cancer (very low data quality). A data gap (moderate priority) was identified for chromium [IV] in indoor air.

Only monitoring data for total chromium concentration are available for soil. Total chromium levels in soil vary widely from 5 – 1,500 mg/kg, depending on the type of rock from which the soil formed and the presence of nearby industrial activities.[6] Soil near wood preservation plants, which use hexavalent chromium, had 25 times more total chromium content than uncontaminated soil.[1] Chromium [VI] may also leach into surrounding soil via treated wood structures such as building foundations, railroad ties, and decks.[6,35]

Inhalation and dermal contact are the most important routes of occupational exposure to chromium [VI].[2]

CAREX Canada’s estimates indicate that approximately 104,000 Canadians are occupationally exposed to chromium [VI]. Most exposures (87%) occur in the low exposure category. However, many workers are exposed to moderate or high levels of chromium [VI] in fabricated metal products, machinery, and transportation equipment manufacturing.

The industries with the largest numbers of exposed workers are automotive maintenance and repair, and printing and support activities. Other industries with larger numbers of workers exposed to chromium [VI] include saw mills and wood preservation, commercial and industrial machinery repair, and structural metal manufacturing.

In terms of occupation, the groups with the largest number of exposures to chromium [VI] are welders (who are exposed when welding stainless steel), machinists, and automotive technicians.