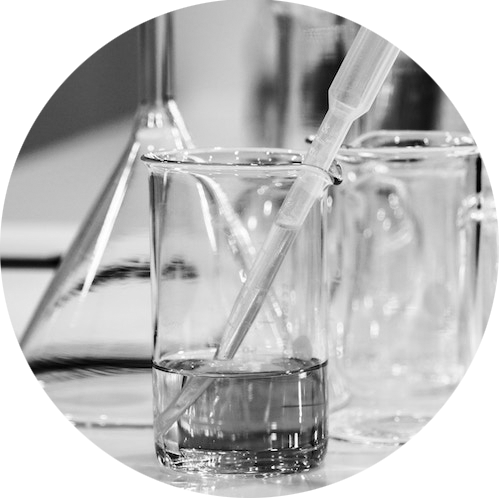 Chloroform is a colourless, volatile liquid with an ethereal odour.[1] It is one of a group of compounds found as chlorination byproducts, known as trihalomethanes. It may also be referred to as trichloromethane or methane trichloride.[2] There are numerous other synonyms and product names; see the Hazardous Substances Data Bank (HSDB) for more information.[3]

Other trihalomethanes include bromodichloromethane, dibromochloromethane, and bromoform. CAREX Canada reviewed Canadian exposure to chlorination disinfection by-products as a group; please see the specific carcinogen profile and estimate for more information.

In 1999, the International Agency for Research on Cancer (IARC) classified chloroform as Group 2B, possibly carcinogenic to humans, based on evidence in experimental animals.[2] Chloroform is a liver and kidney carcinogen in mice and rats.[2] Several epidemiological studies suggest that exposure to chloroform in chlorinated drinking water is associated with excess cancers, particularly of the bladder, colon, and rectum.[2] Causality, however, cannot be determined because of uncertainties, including confounding by other chlorination by-products.[2]

DSL = domestic substance list
CEPA = Canadian Environmental Protection Act
*A 2001 assessment of chloroform concluded that the criteria for inclusion as ‘toxic’ under paragraph 64(b) of CEPA 1999 was not met and further measures would not be pursued.[29]

Chloroform was was not included in other Canadian government guidelines, standards, or chemical listings reviewed.

Prior to World War II, chloroform was used as an anaesthetic and in pharmaceuticals.[4] Other historical uses include producing resins, fats, greases, gums, waxes, and oils, and acting as a chemical intermediate to produce dyes and pesticides.[29]

In more recent years, chloroform has predominantly been used to synthesize other chemicals, such as the refrigerant hydrochlorofluorocarbon-22 (HCFC-22).[4] It is also used to extract and purify some antibiotics, alkaloids, vitamins, and flavours, and as a solvent for lacquers, floor polishes, and adhesives.[1] Chloroform may be used as a fumigant for stored grain crops,[1] but it is not registered for this use in Canada.[32]

The primary source of environmental exposure to chloroform is ingestion via chlorinated drinking water.[1] Chloroform is produced during drinking water treatment through the reaction between chlorine and decomposing organic material.[32] Typical concentrations of chloroform in Canadian chlorinated water range from 10 to 90 µg/litre (or parts per billion, ppb).[29,36] Chlorinated water can also release aerated chloroform (e.g. during showering), creating an inhalation risk.[1,37] Dermal absorption of chloroform from water can also occur.[1,37] Once present, chloroform may persist in groundwater for many years,[4] but it does not bioaccumulate in aquatic animals.[36] CAREX Canada’s environmental estimates indicate that chloroform levels in Canadian drinking water and indoor air result in higher risks of cancer (moderate data quality). Estimates for outdoor air show that chloroform levels likely do not result in lifetime excess cancer risks higher than 10 cases per million people (high data quality).

Most chloroform in the environment is released by industrial sources, including pulp and paper mills, municipal wastewater treatment plants, chemical manufacturing plants, and waste incinerators.[29] Although chloroform is not produced in Canada, it enters the environment through industrial releases and long range atmospheric transport from other non-Canadian cities.[29] Chloroform has been detected in Canadian air, surface water, and groundwater samples.[32] Indoor air concentrations tend to be higher than outdoor air concentrations.[38] Nationwide testing of indoor chloroform levels have not been conducted since 1996.[32] However, a study conducted in Quebec City in 2005 found that of 96 homes tested, all had detectable levels of chloroform with a mean level of 3.2 µg/m3in the winter.[39] Another study conducted in Windsor, Ontario, in 2005 monitored approximately 50 homes and found slightly lower average indoor levels of chloroform in the winter (1.1 µg/m3).[38]

In 2001, it was estimated that the average Canadian daily exposure to chloroform was between 0.6 and 10.3 µg/kg (by weight) per day; the highest exposure based on body weight was calculated for infants who were formula fed.[32]

Searches of Environment Canada’s National Pollutant Release Inventory (NPRI) and the US Household Products Database yielded the following results on current potential for exposure to chloroform in Canada:

For more information, see the environmental exposure estimate for chloroform. A profile on chlorination by-products is also available.

Inhalation and dermal exposure are the most important routes of occupational exposure to chloroform.[4]

CAREX Canada estimates that approximately 15,000 Canadians are exposed to chloroform at work. Most Canadians who are occupationally exposed to chloroform work near or in chlorinated swimming pools. The industry with the largest number of workers exposed is recreation and amusement, which includes work at chlorinated swimming pools. Other industries with high numbers of workers exposed include services to building and dwellings (which includes specialized cleaners for swimming pools), sewage and other water systems, other schools and instruction industries, and pulp and paper mills. The largest exposed groups by occupation are program leaders and instructors in recreation, specialized cleaners, chemical technologists and technicians, and water and waste plant operators.

For more information, see the occupational exposure estimate for chloroform.