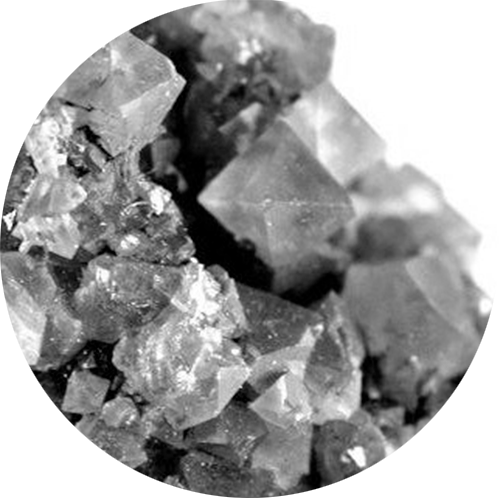 Antimony trioxide (Sb2O3) is a slightly soluble, white crystalline powder.[1] It is produced by smelting antimony-containing ores[1] or reacting antimony trichloride with water.[2] Antimony is not abundant in the earth’s crust.[3] Antimony trioxide may also be referred to as diantimony trioxide (DAT), antimony oxide, or in manufacturing as antimony white.[4] There are numerous other synonyms and product names; see the Hazardous Substances Data Bank (HSDB) for more information.[4]

The epidemiological literature on exposure to antimony trioxide is not extensive and is limited by difficulty in controlling for confounding variables. Recent reviews of studies report excesses of lung cancer in antimony exposed smelter workers, but factors such as smoking, exposures to PAHs and other metals (e.g. arsenic), were not appropriately controlled.[2,5]

Antimony trioxide has also been linked to pneumoconiosis, bronchitis, and airway inflammation.[3] Digestive and neurologic symptoms have been reported from high levels of exposure, but causal relationships have not been established.[3] An early study reported that exposure is associated with an increase in spontaneous abortions, premature birth, and slow growth rates in offspring.[6] The study’s control of confounding variables and exposure assessment techniques, however, were unclear.[7]

*Standards are legislated and legally enforceable, while guidelines (including Ontario ambient air quality criteria) describe concentrations of contaminants in the environment (e.g. air, water) that are protective against adverse health, environmental, or aesthetic (e.g. odour) effects

Antimony trioxide was not included in other Canadian government guidelines, standards, or chemical listings reviewed.

Antimony trioxide is the main catalyst used to produce polyethylene terephthalate (PET) and polyester fibers. PET is commonly used in plastic packaging for water and soft drinks.[35] It is also used as a pigment and/or clarifying agent in certain glasses and ceramics.[36] As of 1995, antimony trioxide gained popularity as an additive in optical glass, replacing arsenious oxide.[37]

Antimony metal increases hardness and strength in lead alloys and is used in lead storage batteries, solder, sheet and pipe metal, bearings, castings, and pewter.[3] Antimony trioxide is produced when elemental antimony is heated and/or oxidized.[3]

Approximately 125,000 tonnes of antimony metal are mined globally on an annual basis.[38] China is the dominant producer, taking on approximately 85% of production. South Africa, Russia and Bolivia produce lesser amounts.[38] Canada produces a very small fraction (0.1%) of global antimony metal.[39] The two primary lead smelters in Canada, located in Trail, BC and Bathurst, NB recover antimony metal as by-product from the ores. They also recycle antimonial-lead from lead-acid batteries.[39]

Four secondary lead smelters located in Quebec, Ontario, and BC use recycled batteries and isolate antimony metal from lead alloys during the process.[39] The Beaverbrook antimony mine in Newfoundland was closed in 1998 and reopened in 2008 when market conditions were more favourable. Its operations were again suspended in 2013 due to high operating costs.[38]

The main source of exposure to antimony trioxide for the general population is through dermal contact with household items that contain flame retardants, such as paint, mattress covers and furniture upholstery.[42] However, Environment Canada reports that exposures from this pathway are low.[42]

Other sources of environmental exposure include food, drinking water, and air.[3,42] Overall, levels of antimony trioxide in water are low due to its poor solubility in water.[42] Higher levels of exposure may occur around smelters, incinerators, and near combustion of petroleum and coal products.[3] Higher levels of exposure to antimony trioxide have also been associated with smokers and those exposed to secondhand smoke.[43]

Searches of Environment Canada’s National Pollutant Release Inventory (NPRI) and the US Household Products Database yielded the following results on current potential for exposure to antimony trioxide in Canada:

Inhalation is the most important route of occupational exposure, however oral and dermal contact are also a concern.[3]

CAREX Canada estimates that approximately 8,700 Canadians are exposed to antimony trioxide in the workplace. The primary industrial groups exposed are public administration, followed by glass and glass product manufacturing. In terms of occupations, the largest exposed groups are police officers (exposed in firing ranges), welders and related machine operators, artisans and craftspersons, and glass forming and finishing machine operators and glass cutters.

Other workers likely to be exposed include those involved in: antimony trioxide production; antimony processing, smelting, and packaging of antimony compounds; production of ceramics and alloys that contain Sb2O3; and manufacture and application of flame retardants.[36]

Workers in facilities that recycle lead-acid batteries may also be exposed to antimony.[46] Firefighters and other emergency workers may be exposed when materials containing antimony trioxide as a fire retardant combust.[36] Exposures may also occur for workers involved producing PET bottles, where antimony trioxide is used as the main catalyst.