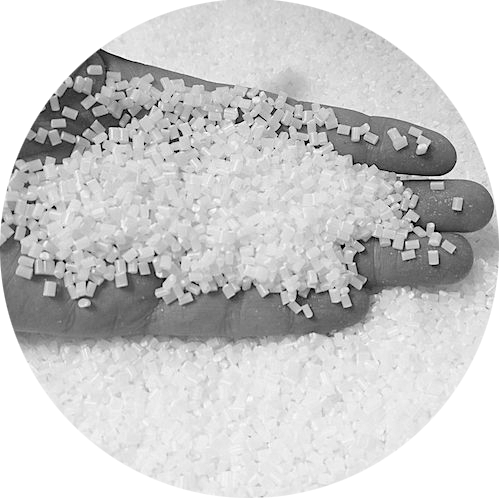 Acrylonitrile is a volatile, highly reactive, colourless liquid.[1] It is soluble in water and many other common organic solvents.[2] Acrylonitrile does not occur naturally,[3] but has been an important industrial chemical since the 1940s.[1]

Acrylonitrile may also be referred to as vinyl cyanide or cyanoethylene.[4] There are numerous other synonyms and product names; see the Hazardous Substances Data Bank (HSDB) for more information.[4]

Acrylonitrile was classified by the International Agency for Research on Cancer (IARC) in 1999 as Group 2B, possibly carcinogenic to humans, based on evidence in experimental animals.[5] Acrylonitrile was found to cause cancer in rats, with tumours reported in the central nervous system, mammary gland, and a few other rare tumour sites.[5]

Several epidemiological studies in the 1970s and 1980s identified a link between occupational exposure to acrylonitrile and lung cancer, however these findings have not been conclusively confirmed in larger, more recent studies.[5]

Inhalation of acrylonitrile can cause respiratory irritation and, at higher levels, neurological symptoms including dizziness, weakness, headache, and impaired judgment.[6] Dermal exposure can result in skin irritation and blistering.[6]

Acrylonitrile was not included in other Canadian government environmental guidelines reviewed.[25,26,27,28,29,30]

Acrylonitrile is also a significant chemical intermediate in producing adiponitrile (used to produce nylon) and acrylamide.[5] Specialty applications of acrylonitrile include producing carbon fibres that reinforce composites for aircraft and the aerospace industry.[5]

With no domestic producers, Canadian companies rely on imports of acrylonitrile.[37] The US is the largest global manufacturer of acrylonitrile, producing approximately 1.5 million tonnes per year.[3] The EU and Asia are also major producers.[3] As of 2004, the major buyers of acrylonitrile in Canada included: Akzo Chemicals, Saskatoon, SK; Bayer Rubber, Sarnia, ON; Dow Chemical, Varennes, QC; and Solutia Canada, LaSalle, QC.[37]

According to Health Canada, the main route of exposure to acrylonitrile for the general population is indoor air, followed by ambient air.[36] Exposure is expected to be higher near industrial point sources.[2]

Children may be exposed to higher levels than adults. This may be due to their lung surface to body weight ratio, lower excretion rates, and because concentrations may be higher closer to the ground (acrylonitrile is heavier than air).[2,40]

In Canada, the two major sources of acrylonitrile released into the environment are the organic chemical industry (97.4%) and municipal wastewater treatment facilities (2.6%).[2,36] During the 1990s, most acrylonitrile releases reported to the NPRI were from synthetic rubber manufacturers, although this sector voluntarily decreased their emissions by 66% between 1994 and 1999, primarily because one company controlled its fugitive emissions.[2]

In 2003, under CEPA 1999, notice was published in the Canadian Gazette requiring the synthetic rubber industry to prepare and implement Pollution Prevention Plans to reduce acrylonitrile emissions to the lowest achievable levels.[41] Emissions from plastic manufacture, however, have risen substantially since 2000, such that total emissions in 2006 were over four times the emissions in 2000.[42]

In the past, vehicle exhaust was also a source of acrylonitrile. With the improved catalysts in engines today, little if any acrylonitrile is expected to enter the environment in this way.[36]

There is limited data to assess exposure to acrylonitrile via food.[36] Health Canada reports that the packaging is not currently extensively used in Canada in cases where food is in direct contact.[36]

The sale of food containing acrylonitrile is prohibited under the Food and Drug Act.[36] Acrylonitrile has not been detected above trace amounts in Canadian ambient surface water or drinking water.[3]

Searches of Environment Canada’s National Pollutant Release Inventory (NPRI) and the US Household Products Database yielded the following results on current potential for exposure to acrylonitrile in Canada:

Inhalation and dermal contact are the most important routes of occupational exposure.[3]

CAREX Canada estimates that 5,900 Canadians are exposed to acrylonitrile in the workplace. The largest industrial groups exposed are plastic product manufacturing, followed by rubber product and motor vehicle parts manufacturing. Occupations that are most exposed to acrylonitrile include plastic processing machine operators, rubber processing machine operators, and plastic products assemblers and finishers.

A risk assessment by the EU summarized European occupational exposure data and identified the highest mean exposures in fibre production, although they were still ≤ 1 ppm.[46] Further exposures can occur during industrial processes such as burning synthetic polymers, working with glues and adhesives, and firefighting.[47] Firefighters may be exposed to acrylonitrile because the chemical can be released from burning plastics.[47] However, acrylonitrile is very flammable itself and is likely to burn off in a fire, producing hydrogen cyanide, another very toxic gas.[3]

For more information, see the occupational exposure estimate for acrylonitrile.