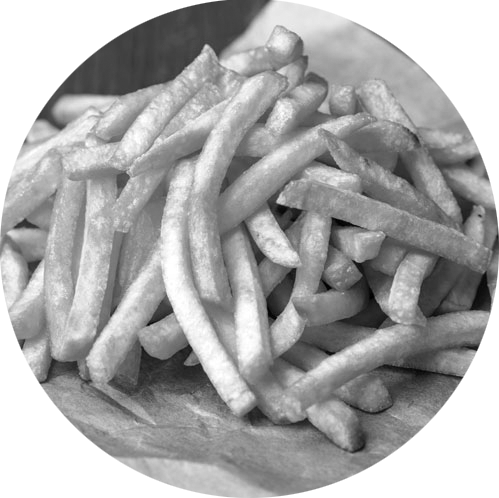 Acrylamide is a colourless or white crystalline powder.[1] Since it was first synthesized in 1949, acrylamide has been used as an intermediary in producing polyacrylamide and acrylamide copolymers.[2] Polymerized acrylamide is not toxic, but acrylamide monomer is, and can remain as a contaminant in the polymers.[1] Acrylamide may also be referred to as 2-propenamide or acrylic acid amide.[3] There are numerous other synonyms and product names; see the Hazardous Substances Data Bank (HSDB) for more information.[3]

Acrylamide has been classified by the International Agency for Research on Cancer (IARC) as Group 2A, probably carcinogenic to humans.[4] The evaluation was based on evidence in animals and additional mechanistic data, as neither of the two available studies of workers exposed to acrylamide provided sufficient data on carcinogenicity in humans.[4] Ingesting acrylamide caused cancers at a variety of sites in rats, including the thyroid and testis region, mammary gland, thyroid, central nervous system, oral cavity, and uterus.[4] Other studies showed increases in lung tumours and skin cancer in mice.[4]

Additionally, acrylamide can cause damage to the central and peripheral nervous systems[4] and contact dermatitis.[5]

Acrylamide was not included in other Canadian government chemical listings reviewed.[34,35]

Acrylamide is used primarily to produce polymers (polyacrylamides), which have many industrial uses. For example, grout, used in the mining industry and to seal sewer lines and manholes;[36] and flocculants, used in water treatment, crude oil processing, pulp and paper processing, soil conditioning/stabilization, mineral processing, and concrete processing.[5,36]

Between 1 million and 10 million kilograms of acrylamide were imported into Canada in 2006. Between 100 and 1000 kilograms were manufactured in Canada.[37]

None of ‘acrylamide,’ ‘2-propenamide,’ or ‘polyacrylamide’ were included in the TradeMap database for Canada between 2001 and 2011.[39]

The main sources of environmental exposure to acrylamide are food and cigarette smoke. People may also be exposed at lower levels via drinking water and in consumer products (where residual acrylamide can be found).[2,40]

Acrylamide in food was first discovered in a 2002 study by the Swedish National Food Administration. In 2009, Health Canada initiated an acrylamide monitoring program, in which a number of food products from various brand names were tested for acrylamide.[41] Health Canada continues to monitor of acrylamide levels as part of their Food Safety Action Plan (FSAP).[42]

Cigarette smoke also contains acrylamide, creating a source of exposure to smokers as well as those exposed to Second Hand Smoke.[46]

Acrylamide is not expected to remain in the air if released industrially; it will likely partition to water and soil.[43]

Searches of Environment Canada’s National Pollutant Release Inventory (NPRI) and the US Household Products Database yielded the following results on current potential for exposure to acrylamide in Canada:

Inhalation and dermal contact are the most important routes of occupational exposure.[1]

CAREX Canada estimates that 9,300 Canadians are exposed to acrylamide in the workplace. The main industries exposed are foundation, structure, and building exterior contractors. The occupations with the most workers exposed are construction trade helpers and labourers, followed by concrete finishers and mineral and metal processing labourers.

Other sources of occupational exposure may occur in pulp and paper manufacturing, oil drilling, textile and cosmetics manufacturing, food processing, plastics manufacturing, mining, and agricultural industries.[3] People working in labs where polyacrylamide gels are prepared may also be exposed.[4]

Some occupational exposure measurements (including dermal measurements) and task-related information are available in a risk assessment from the EU.[36]

For more information, see the occupational exposure estimate for acrylamide.