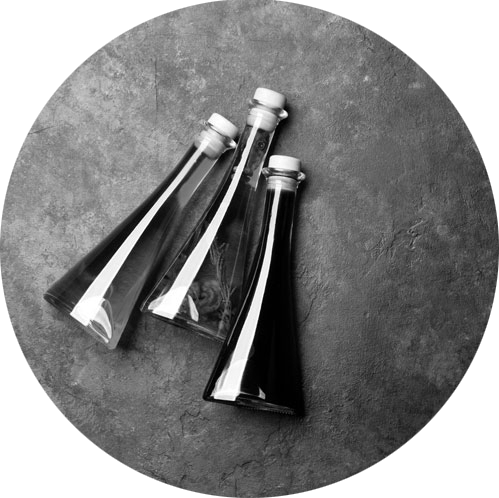 Acetaldehyde is a colourless and volatile liquid with a sharp and fruity odour.[1] It is widely used industrially as a chemical intermediate.[2] Acetaldehyde is also a metabolite of sugars and ethanol in humans,[2] is found naturally in the environment, and is a product of biomass combustion.[3] It may also be referred to as ethanal or acetic aldehyde. There are numerous other synonyms and product names; see the Hazardous Substances Data Bank (HSDB) for more information.[4]

Acetaldehyde has been classified by the International Agency for Research on Cancer (IARC) as Group 2B, possibly carcinogenic to humans, based on evidence in animals.[2] Acetaldehyde is a respiratory tract carcinogen in experimental animals, especially of the nasal mucosa in rats and of the larynx in hamsters.[2]

There is inadequate evidence for the carcinogenicity of acetaldehyde in humans. One small study of workers manufacturing several types of aldehydes found increased risk of bronchial tumours, but workers were exposed to many other chemicals in addition to acetaldehyde.[2] Three other studies on the carcinogenicity of alcoholic beverages found that people who developed cancer after heavy alcohol use had genetic differences and higher concentrations of acetaldehyde in their blood compared to those who didn’t develop cancer.[2] Further study is required to establish a causal relationship.

Acetaldehyde can cause respiratory and eye irritation and in severe cases, lung edema.[4] It also exacerbates the effects of alcohol and is a central nervous system depressant.[4]

Acetaldehyde was not included in other Canadian government environmental guidelines reviewed.[23,24,25,26,27,28]

Acetaldehyde was not included in other Canadian government chemical listings reviewed.[35]

Acetaldehyde is also used as a food additive for flavouring.[1] In the US, it falls under the Food and Drug Administration’s definition of “generally recognized as safe” (GRAS),[36] although some researchers have been calling for a re-evaluation of this classification.[37] Acetaldehyde is also used to produce some fragrances and flavours, pesticides, dyes, synthetic rubber, disinfectants, lacquers and varnishes, photographic chemicals, and room air deodorizers.[3] Acetaldehyde has also been used in hydraulic fracturing fluids.[4]

According to TradeMap, there were no reported imports or exports of acetaldehyde in Canada from 2001 to 2007.[38] Camford services reported that 62,250 tonnes of acetaldehyde were imported from the US in 2002, the highest amount reported since 1988.[25]

Until 2002, when production was phased out, one Canadian company produced 1,500 tonnes of acetaldehyde per year. It was used mainly to produce alkyd resins and pentaerythritol.[25]

In the environment, inhalation is the most important route of exposures to acetaldehyde.[1] A significant source of inhalation exposure to the general population is biomass combustion, which is typically higher in urban areas (from vehicles, industrial burning, forest fires, and cigarette smoke).[1,3] CAREX Canada estimates that the acetaldehyde levels in outdoor air do not result in higher risk of cancer at a population level (low data quality). However, results show that acetaldehyde levels in indoor air do result in an increased risk of cancer (moderate data quality).

Canadian studies in Prince Edward Island and Saskatchewan measured indoor air concentrations of several compounds, including acetaldehyde, and found that smoking was a significant source of acetaldehyde in homes. This was the case especially when air exchange rates were lower.[38,40] Cooking with oil was also associated with increased levels of acetaldehyde indoors.[40]

Acetaldehyde, along with several other volatile organic compounds, is released from common building materials such as engineered wood products typically used in manufactured homes. This creates potential for exposure to inhabitants of these homes.[41]

Acetaldehyde is a metabolic intermediate in humans and other organisms. It is also found naturally in some foods in trace amounts, especially after cooking, ripening of fruit, or fermentation (i.e. in beer and wine).[25] The largest source of exposure to acetaldehyde in the general population is technically via alcohol consumption, where it is produced during alcohol metabolism. However, acetaldehyde is not carcinogenic via ingestion.

Searches of Environment Canada’s National Pollutant Release Inventory (NPRI) and the US Household Products Database yielded the following results on current potential for exposure to acetaldehyde in Canada:

For more information, see the environmental exposure estimate for acetaldehyde.

Inhalation is the most important route of occupational exposure.[1] CAREX Canada estimates that approximately 8,600 Canadians are exposed to acetaldehyde in the workplace. By industry, the largest exposed groups are plastic products manufacturing, food manufacturing, and farming. By occupation, the greatest exposures occur among plastic machine operators, followed by farmers, farm managers, and rubber and plastic manufacturing labourers.

In food manufacturing, workers are exposed to acetaldehyde during diacetyl production. Diacetyl is a substance used for food flavouring, especially in microwave popcorn. Recent studies from the Netherlands[38] and the US[41] have measured acetaldehyde exposure during production of diacetyl.

Because acetaldehyde is also a combustion product, exposure in the petroleum, transportation, waste burning, fire fighting, and wood products industries is also possible.[3]

For more information, see the occupational exposure estimate for acetaldehyde.