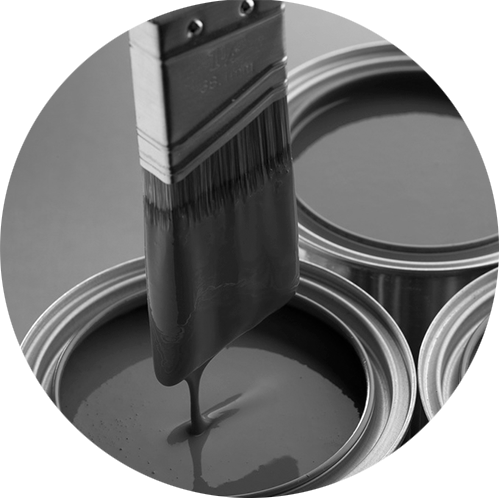 1,2-Dichloropropane (1,2-DCP), also known as propylene dichloride, is a colourless, flammable liquid that smells like chloroform. 1,2-DCP is used as a chemical intermediate to produce other organic compounds including perchloroethylene, propylene, carbon tetrachloride, and tetrachloroethylene.[1,2] Up until the 1980s in Canada, it was sold in a mixture with 1,3-dichloropropene as a soil fumigant (major trade names: D-D mixture®, Nemafene®, Vidden-D®).[3,4] It was also found in industrial solvents and paint strippers, varnishes, and furniture finish removers.[5]

The International Agency for Research on Cancer (IARC) classified 1,2-DCP as carcinogenic to humans (Group 1) in 2014.[1] Two studies examining exposure to 1,2-DCP in a Japanese printing plant in Osaka found an extremely high associated risk of a very rare bile duct cancer (17 of 111 workers were diagnosed).[6,7] IARC found that these two studies provided sufficient evidence for a causal association between 1,2-DCP and bile duct cancer.[1] Sufficient evidence for carcinogenicity was also reported in experimental animals, where malignant lung and liver tumors were observed in exposed mice.[1]

Acute exposure by intentionally or accidentally consuming or inhaling 1,2-DCP has resulted in dizziness, headache, nausea, injury to liver and kidneys, anemia, coma, and death.[3] Occupational exposures may lead to skin sensitization and dermatitis.[8]

1,2-DCP is a synthetic chemical and a byproduct in producing epichlorohydrin. Currently, the major use of 1,2-DCP is as an intermediate for producing organic compounds.[3,36] Other functions include: a solvent in paint, varnish, and furniture finish removers; a lead scavenger in gasoline additives such as anti-knock fluids; a dry cleaning fluid; a paint remover; and a metal degreaser. 1,2-DCP is also used to make and convert rubber, prepare scouring compounds, and produce photographic film.[36] In many of these cases, 1,2-DCP has now been replaced by other compounds.[3]

In the past, 1,2-DCP was formulated with 1,3-dichloropropene in a formulation called D-D mixture that was used to fumigate soil and grain. Formulations containing 1,2-DCP were effective against soil nematodes, and were applied to a number of different crops including wheat, canola, sugar beets, and others.[36] 1,2-DCP has not been used as a soil fumigant in Canada since the 1980s,[4] and it is currently not registered for use as a pesticide under the Pest Control Act.[37]

The total global production volume of 1,2-DCP was estimated at 350,000 tonnes for 2001.[36] Major producers of 1,2-DCP at that time were located in India, Germany, and the United States.[36] By 2009, the amount of 1,2-DCP produced in the United States had decreased considerably, but the total amounts of 1,2-DCP disposed were still substantial, at approximately 200 tonnes.[38]

Production and trade information for 1,2-DCP specific to Canada is scarce. Results from the second Domestic Substances List Inventory Update indicate that between 100 to 999 kg of 1,2-DCP was imported during 2011 as an intermediate compound for paper products, mixtures, or manufactured items.[39]

1,2-DCP is a synthetic chemical and its presence in the environment is the direct result of anthropogenic activity. For example, 1,2-DCP is released into wastewater by industries that use it as a solvent. This occurs in the manufacture of ion exchange resins.[3]

In groundwater, 1,2-DCP may persist for a long time.[3] It is very resistant to degradation in soil; one study showed that after 12 weeks in a closed system, 98% of the initial amount of 1,2-DCP applied could be recovered.[40]

Exposure to 1,2-DCP in the general population may occur by inhaling contaminated air or consuming contaminated drinking water.[3] According to the National Pollutant Release Inventory, there were no on-site releases of 1,2-DCP to the air by industry in Canada in 2010 and 2014.[41] However, exposure to 1,2-DCP may arise when shallow groundwater gets contaminated by soils to which 1,2-DCP had been historically applied and then desorbed. Contamination can also take place when currently-used fumigants, such as 1,3-dichloropropene, contain trace amounts of 1,2-DCP.[42] For example, 1,2-DCP was detected in 56% of wells sampled in Southwestern BC in 1997-1998.[42] However, since 1,2-DCP is no longer used as a soil fumigant and in commercial products in Canada and the United States, environmental exposure is expected to be low.

The main routes of occupational exposure are through inhalation and dermal pathways.[43] People who produce 1,2-DCP, use it in chemical reactions, or use it as an industrial solvent have the greatest potential for exposure.[44,45]

Canadian occupational exposure data is limited. In the 1981-1983 National Occupational Exposure Survey, the National Institute for Occupational Safety and Health estimated that 2,944 workers, not including farmers, were potentially exposed to 1,2-DCP in the United States.[8] Dow Chemical Company, a major manufacturer of 1,2-DCP, estimated that 45 to 123 workers were routinely and potentially exposed to the chemical in the 1980s.[3] However, because the conversion and disposal of 1,2-DCP occurs in closed systems, Dow Chemical Company asserts that the current level of exposure is minimal.[3]

Exposure to 1,2-DCP in its solvent form increases with poor ventilation and lack of respiratory protective equipment. This is illustrated in the studies IARC reviewed on the Japanese printing plant where exposures were 19 to 33 times the occupational exposure limit set by the Canadian Labour Code.[6,7] Other printing plants in Japan with poor ventilation were estimated to result in similar, or even higher levels of exposure.[46] Such high exposure levels are unlikely to occur in Canadian workplaces since 1,2-DCP is not used as a solvent.[39]

CAREX Canada has not prioritized 1,2-DCP for exposure estimate development. This is because there is a lack of exposure monitoring data in the Canadian Workplace Exposure Database on which to base an estimate.